“Through the president’s Veterans Employment Initiative, OPM and our agency partners are helping tens of thousands of veterans and their families continue their legacy of service,” OPM Director John Berry said.

The OPM report, Employment of Veterans in the Federal Executive Branch for Fiscal Year 2010, also states that 25.6 percent of new hires across the federal government in fiscal 2010 were veterans. This is a 1.6 percent increase from fiscal 2009.

“These are some of the best, brightest and hardest-working Americans in the federal government,” Berry said. “While we’ve accomplished a lot in the first year, too many veterans are still unemployed, and we’re going to keep pushing to do even better going forward.” 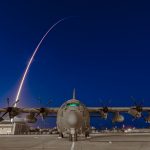