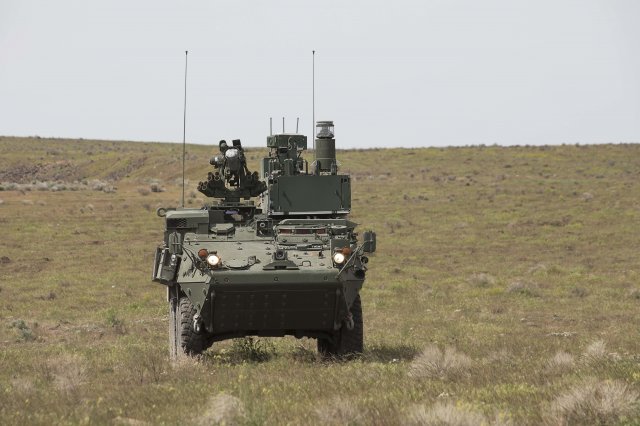 SEPTEMBER 10, 2019 – The U.S. military must continue to integrate its warfighting capabilities across all domains while maintaining its forward presence in the Pacific region, leaders said Wednesday.

Wesley and other leaders discussed the military’s approach to defending the Pacific region last week at the 2019 Defense News Conference.

Near-peer competitors are willing to compete outside the traditional lines of conflict and can achieve results, he said. Convergence of military capabilities will be critical to the way ahead.

“There is a degree of strategic alignment within the [Department of Defense] that has not been there in a while,” said Vice Adm. Stuart B. Munsch, deputy chief of naval operations for operations, plans, and strategy.

“[The U.S] has not had a comprehensive adversary in over three decades. We are restoring some behaviors that used to be second nature to us,” Munsch added.

While there is a need for redundancy and distribution of capabilities throughout the Pacific, the military looks to reach a level of integration that will be a first of its kind, Munsch said. For instance, the U.S. strives to interconnect its sensor and shooter capabilities across all services.

“Everything we do is predicated on the fact that we are a part of a joint force. Nobody is doing this alone against a comprehensive adversary,” said Lt. Gen. Eric M. Smith, Marine Corps Combat Development Command commanding general.

MODERNIZING THE FORCE
Near-peer competitors have demonstrated increased anti-access and area denial capabilities through long-range precision fires and other technologies.

In the end, the well-equipped ground Soldier will be amongst the first to penetrate an adversary’s stand-off capabilities, said Brig. Gen. Richard Coffman, the Next Generation Combat Vehicle Cross-Functional Team director.

For the past year, Army Futures Command has taken on the monumental task of defining the future operating environment and understanding the necessary force structure to be successful in 2028 and beyond. Through the eight cross-functional teams, the Army will maintain its commitment to improving the future force, said Gen. John M. Murray, AFC commanding general.

The working relationship between the Army, industry, and academia enables in the development of future technology, getting it into the hands of Soldiers at a faster rate, Murray said.

Through AFC, the NGCV team has already decreased its requirement time for the Optionally-Manned Fighting Vehicle by more than two years, Coffman said. They are also making strides toward the development of robotic vehicles.

“I’ve been amazed by the team and how well they have done,” Rugen said. For the past year, the team has worked hard to align the science and technology requirements for both aircraft, he said.