JULY 29, 2020 – All aspects of the military are engaged in great power competition, but while most analysts focus on developments in offensive missiles, Chinese and Russian defense leaders are developing even more capable missile defenses, Defense Department officials said.

“China and Russia are developing increasingly capable and numerous missile defense systems, and integrating them into their defense strategies as they compete with the United States,” a DOD official said.

Russia is a long-time player. The former Soviet Union created a ring of anti-ballistic missile batteries around Moscow during the Cold War. These nuclear-tipped missiles still exist as part of Russia’s A-135 anti-ballistic missile system. The system consists of 68 nuclear-armed interceptors. As part of President Vladimir Putin’s military buildup, the system has received new radars and updated electronics. The beauty of this system is that the Russians have only to be close to an incoming threat. The downside is radiation from an intercept would contaminate thousands of acres of countryside.

The Russians are getting ready to field the S-500 system. Designed to intercept short- to medium-range threats, they say the system will defend against ballistic, cruise and hypersonic missiles. The system’s initial operating capability is set for some time in 2025.

The other main threat comes from the People’s Republic of China. The Chinese see missile defense as a key cog in their military ambitions. The People’s Liberation Army Air Force is accelerating the transition of its tasks from territorial air defense to both offensive and defensive operations, according to a Chinese white paper on the subject. China’s air force is also improving its capabilities for strategic early warning, air strikes, and air and missile defense.

This includes the HQ-19 missile defense system, which could be used against incoming, medium-range ballistic missiles. Initial operating capability is set for next year.

China is also developing a mid-course interceptor. The Chinese government said they tested that capability in February 2018. U.S. officials say initial operating capability is not likely until the late-2020s. They anticipate it would have good capability against intermediate-range ballistic missiles and could be adapted to target intercontinental s and submarine-launched ballistic missiles.

The United States homeland’s missile defense system is in place to defend against accidental launches or attacks from rogue states such as Iran and North Korea. Unlike Russia, the U.S. uses non-nuclear “kinetic kill” vehicles, which destroy incoming warheads using their speed and mass to collide with the threat. 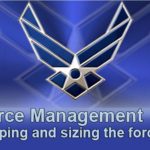