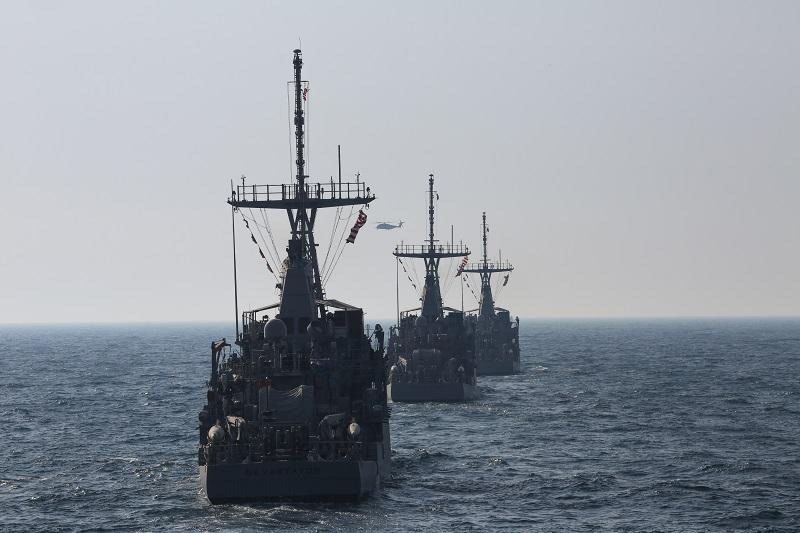 The MCM ships conduct operations with coalition forces while providing opportunities for cooperation with regional partners to strengthen regional security and stability, and enhance interoperability.

“We are forward deployed to U.S. 5th Fleet area of the operations to deter and defend against mines in the region,” said Lt. Cmdr. William Green, Devastator’s commanding officer.

Green said his ship and other proved they are extremely capable and ready to execute their primary mission of finding a destroying mines and noted the importance of being able to operate in this critical region.

Sentry, Devastator, Gladiator and Dextrous are forward-deployed to the U.S. 5th Fleet area of the operations to ensure maritime stability and security in the central region that connects the Mediterranean and the Pacific through the Western Indian Ocean.

“The mine warfare teams understand the importance of protecting the sea lanes and that the mission starts with a strong mine countermeasures fleet,” said Green. “The recent underway employment of all four MCM ships proves our crews dedication and capability to said mission.”

U.S. 5th Fleet area of operations encompasses about 2.5 million square miles of water area and includes the Arabian Gulf, Gulf of Oman, Red Sea, and parts of the Indian Ocean. The expanse comprises 20 countries and includes three critical choke points at the Strait of Hormuz, the Suez Canal, and the Strait of Bab el-Mandeb at the southern tip of Yemen.