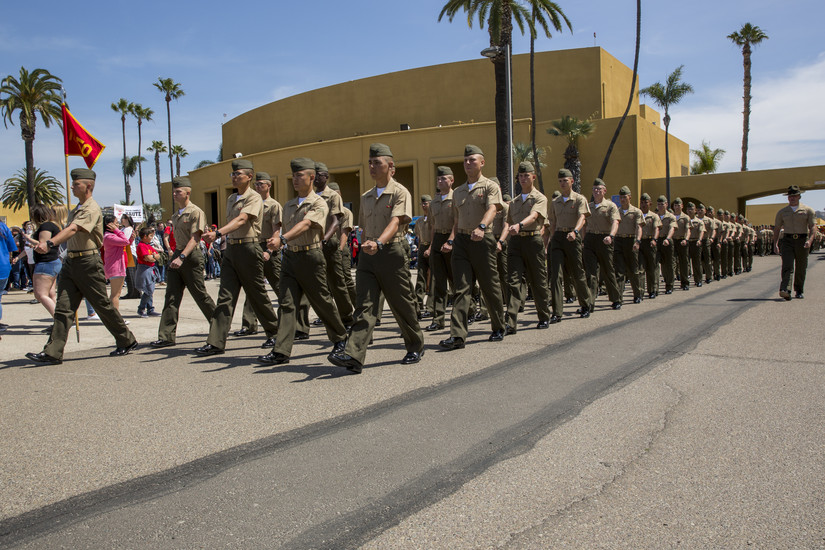 Only one in four 17 to 24 year olds is eligible to join the Army, and one in eight has the propensity to enlist in the military, Army Lt. Gen. Thomas C. Seamands, deputy chief of staff for manpower and personnel, said.

The military leaders thanked Congress for its support in the fiscal year 2018 National Defense Authorization Act and the two-year budget deal.

Army Seeks to Grow, Develop Soldiers
The 2018 National Defense Authorization Act authorizes the Army to grow by 8,500 to a total force of 1,026,500 soldiers, said Seamands, noting the two-year budget deal will improve readiness to ensure the Army’s formations are filled in the years to come.

“Manning our Army is one of the key components to readiness and vital to the Army’s ability to fight and win our nation’s wars,” Seamands said.

To build the Army of the future, he said, the service must recruit a diverse force of highly qualified men and women. He spoke about Army efforts to grow and develop members, including embracing talent management as a way to retain the best officers and noncommissioned officers.

Challenges remain, he said, and the Army remains focused on improving readiness, as well as personal resiliency, suicide prevention, family programs and ending sexual harassment and sexual assault in the ranks.

Military’s ‘War for Talent’
Global demands upon the Navy continue to grow, which means that service will need to recruit, develop and retain highly talented people, Burke said.

“Our force structure will grow as we build the Navy the nation needs, which will require increasing end strength,” he said.

However, Burke said, propensity to serve is declining and each of the services as well as the civilian sector are vying for the same limited talent pool.

“We are clearly in a war for talent,” he said.

To attract and retain the best, the Navy offers monetary and nonmonetary incentives to sailors, Burke said. Those resources include Sailor 2025, a program to improve and modernize personnel management and training systems through a number of initiatives, including family resources and opportunities for education and career advancement.

Further, the admiral said it’s an “operational imperative” for the Navy to increase its number of women in the ranks, noting recruiting messaging is geared toward this segment of the population.

“The growth allows the Air Force to compete, deter and win in a more competitive and dangerous international security environment,” she said.

While the Air Force is continuing investments in key areas to include cyber, intelligence and remotely piloted aircraft operations, Grosso explained, challenges remain in other areas.

“As you’re aware our most stressed operational career field is aviation,” Grosso said. “As of October 2017, our total force pilot shortage was approximately 2,000 with the largest shortage — 1,300 — in our fighter pilot inventory.”

Lethal and Ready: U.S. Marines
Rocco listed recruiting and retaining high-quality men and women for the Marine Corps as his highest priority.

“There’s a continuous challenge to keep high-quality Marines, especially in the current economy and increasingly competitive civilian job market,” he said. “This is particularly true for cyber and many of the high-tech occupations that are critical to the future of warfare.”

Incentive pay and bonuses remain vital to retention efforts, he said, pointing out to the lawmakers that the Marine Corps is open to new ways to recognize, reward and retain high-quality members.

“Marines are recruited, trained, educated and retained to win our nation’s battles. They are smart, resilient, fit, disciplined and able to overcome adversity,” Rocco said. “All Marines are warfighters; they are lethal, and they are ready.”