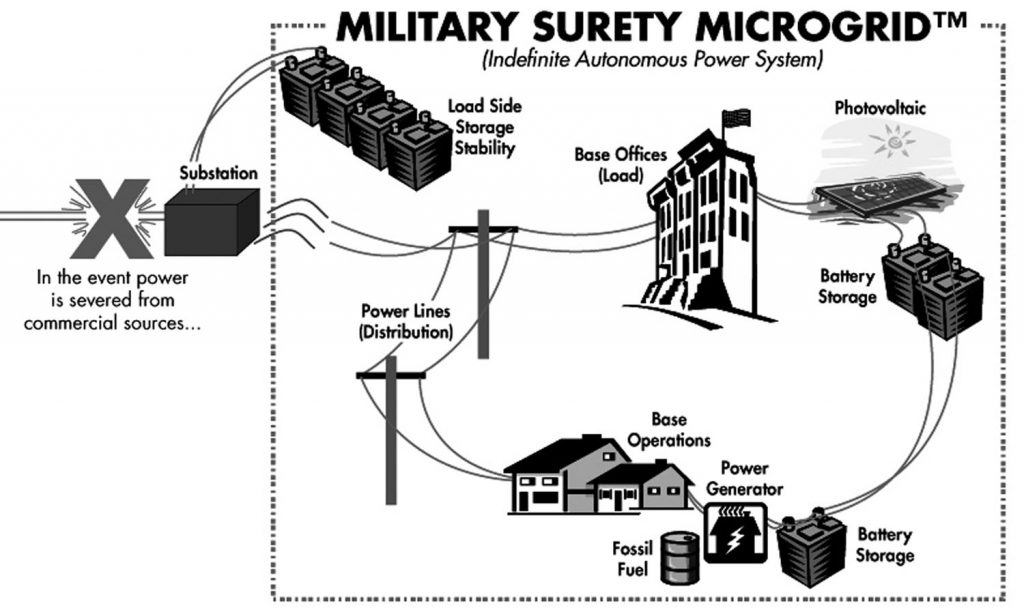 JULY 1, 2021 – The microgrid installation at Marine Corps Air Station Miramar in San Diego was completed in March 2021 after a full-scale Energy Resilience Readiness Exercise, making the air station one of the most energy-forward defense installations in the nation. The microgrid is part of the Marine Corps’ efforts to strengthen and expand energy resilience efforts across its installations.

Since 2012 MCAS Miramar has used methane gas produced by the San Diego Landfill to create renewable electricity. Seeing the potential to enhance their use of renewable energy sources, the air station partnered with the Department of Energy’s National Renewable Energy Lab in 2011 to create a microgrid design concept, which was ultimately awarded, designed and built by Schneider Electric and Black & Veatch.

“The microgrid here has enabled us to develop a greater potential among other military installations that are working on these technologies…” Mick Wasco, MCAS Miramar Utilities and Energy Management Director

In addition to using methane gas, the state-of-the-art system incorporates a combination of natural and conventional energy sources, including photovoltaic and solar thermal energy, natural gas and diesel, and battery storage to fully power MCAS Miramar for up to 21 days in the event of an emergency or a blackout.

Many installations may have a backup generator, but the microgrid is a more refined generation source. It establishes the capability for operators to manage the power load and everything plugged into the grid while redirecting power to parts of the base that need it most. At MCAS Miramar, an important, mission-essential function that would need power is flight line operations.

During the first Energy Resilience Readiness Exercise, the microgrid was able to completely island all mission-critical operations to the grid during a normal workday at Miramar by using redundant, on-site fuel sources, proving its capabilities to the 3rd Marine Aircraft Wing.

“The microgrid here has enabled us to [develop] a greater potential among other military installations that are working on these technologies, and we’ve paved the way for a lot of support and advanced operations that other military bases may not be used to,” said Mick Wasco, Utilities and Energy Management Director, MCAS Miramar.

During its design, the microgrid was developed in a way that allows it to not only work independently for the air station but in harmony with the city’s local grid. In the summer of 2020, the microgrid was used to assist local communities by preventing rolling blackouts during the heat wave, proving its utility on a larger geographic scale.

“During the heat wave in California, we were able to support the grid by turning on our microgrid and supporting with the available generation that we had, we were able to directly contribute to reducing the number of rolling blackouts that were seen in the region,” said Wasco.

Since its installation, the microgrid has produced over $90 million in energy savings, making this resilient capability sustainable for MCAS Miramar in the years to come. Next year the microgrid will receive additional upgrades to its system, including a heating, ventilation and air conditioning demand response system and a lithium-ion battery that will be used for storage and to reduce demand charges.