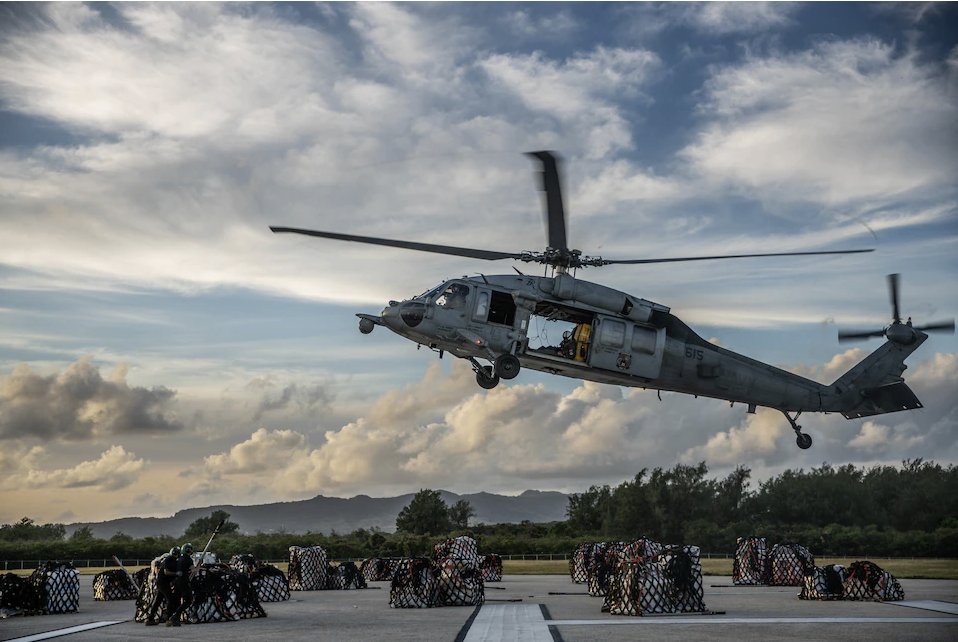 The operation began with the deployment of a composite task force of 3d MLG, 3D MARDIV, and 1st MAW logistics enablers, led by CLR-3, to Naval Base Guam for a Maritime Prepositioning Force offload of the Bob-Hope class vehicle cargo ship USNS Pililaau (T-AKR-304) alongside Sailors with Navy Cargo Handling Battalion One and Navy Beach Group One. This offload demonstrated the ability to build combat power ashore to push forward to key maritime terrain across the Indo-Pacific.

“Hagåtña Fury enabled us to continue to build on the MAGTF and joint integration and training we started in previous home-grown exercises.” Col. Travis Gaines, commanding officer of CLR-3

“Our actions on Ukibaru and Ie Shima demonstrate our ability to establish, operate, and maintain expeditionary advance bases in support of naval forces by integrating all elements of the MAGTF,” said Maj. Sean Day, operations officer for Combat Logistics Regiment 3. “Training to these types of distributed operations with multi-functional logistics detachments enables us to experiment with and improve our ‘Fight Now’ force while also determining how to best sustain forces from rear areas to forward areas.”

Throughout the execution of the exercise, elements of CLR-3, 3d MARDIV, and 1st MAW also executed a variety of additional real-world operations and training events, to include integration with Naval Beach Detachment Sailors to conduct vertical replenishment operations in support of the USS Theodore Roosevelt, live-fire ranges, helicopter support team lifts of bulk fuel and heavy equipment, aerial delivery of sustainment and personnel jumps, and motor transportation skills courses in training areas on Okinawa, ensuring that they maintained proficiency and lethality as a combat logistics unit.

With command and control split between CLR-3’s headquarters on Camp Foster and their forward combat operations center in Guam, leadership used the exercise as an opportunity to practice what real-world dispersed operations would look like in the dynamic area of operations that is the Indo-Pacific.

“Hagåtña Fury enabled us to continue to build on the MAGTF and joint integration and training we started in previous home-grown exercises. This type of training, allowing us to experiment with truly distributed operations, is key to ensuring that we build and continuously test the ‘Fight Now’ force in III MEF,” said Col. Travis Gaines, commanding officer of CLR-3. “I am proud of what these Marines and Sailors accomplished because it demonstrates our ability to support the build-up of key capability sets in the rear logistics support area while simultaneously establishing and sustaining expeditionary advance bases in support of 7th Fleet sea denial operations.”

3d MLG, based out of Okinawa, Japan, is a forward-deployed combat unit that serves as III Marine Expeditionary Force’s comprehensive logistics and combat service support backbone for operations throughout the Indo-Pacific area of responsibility.