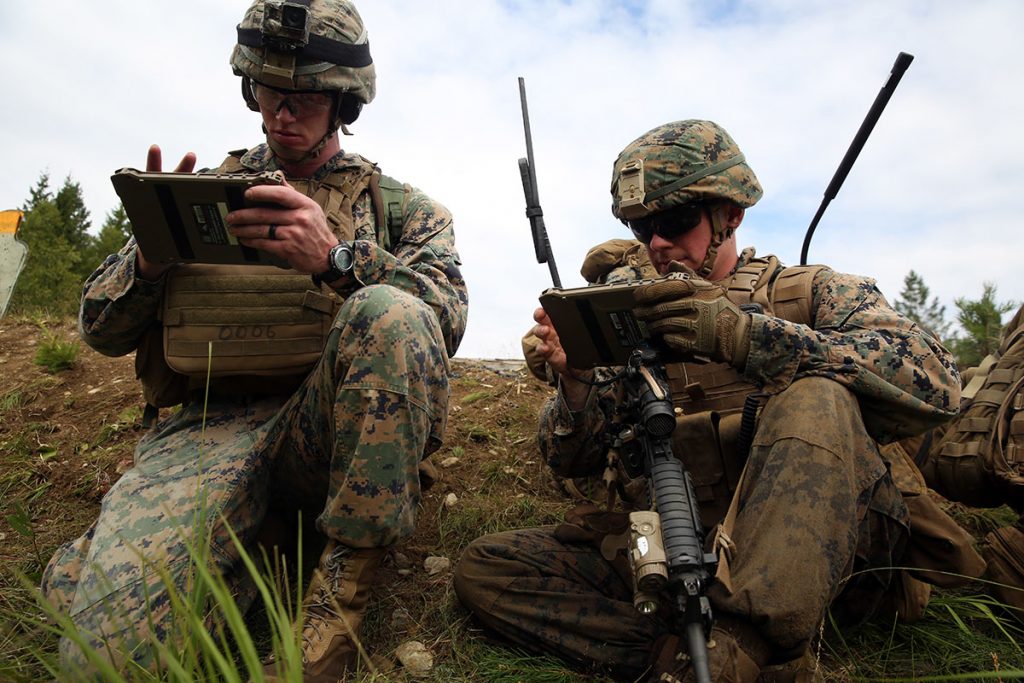 APRIL 13, 2020 – Last year, the Marine Corps fielded a lightweight, tablet-based system that improves situational awareness on the battlefield. This year, Marines will see an enhanced version of the technology.

“Commanders down to the squad level will be better equipped with a lightweight tablet that grants them better situational awareness via a moving map with both friendly and enemy positions.”
Maj. R. Travis Beeson, Marine Corps Systems Command Tactical Applications and Services Team Lead

“By employing MCH, location errors due to misreading a paper map will be reduced,” said Maj. Justin King, MCSC’s project officer for MCH.

The upgraded MCH enables Marines to communicate with one another through several additional communication systems, including the Advanced Field Artillery Tactical Data System, the Command and Control Personal Computer and the Army’s Joint Battle Command-Platform.

The newer system has lower data bandwidth requirements—a constrained resource on the battlefield— and uses a lower percentage of the available network when compared with the previous version of the technology.

“Reducing bandwidth frees up space for other tactical uses,” said King. “It also allows for additional users on the network without clogging it.”

In December 2019, MCSC fielded the upgraded version of MCH to infantry Marines aboard Marine Corps Base Camp Lejeune, North Carolina, and will continue fielding to other infantry units throughout the year. The program office plans to field to the Reserves in fiscal year 2021.

Marine feedback on the MCH has been overwhelmingly positive, said Beeson. He noted how those who have received the system emphasize its benefits, while Marines still awaiting the technology are excited for its arrival.

Both Beeson and King expressed excitement over the benefits of MCH and its ability in helping Marines better accomplish their missions. The system is an efficient way to communicate with one another without relying on voice communication.

“Commanders down to the squad level will be better equipped with a lightweight tablet that grants them better situational awareness via a moving map with both friendly and enemy positions,” said Beeson. “That will ultimately help them on the battlefield.”