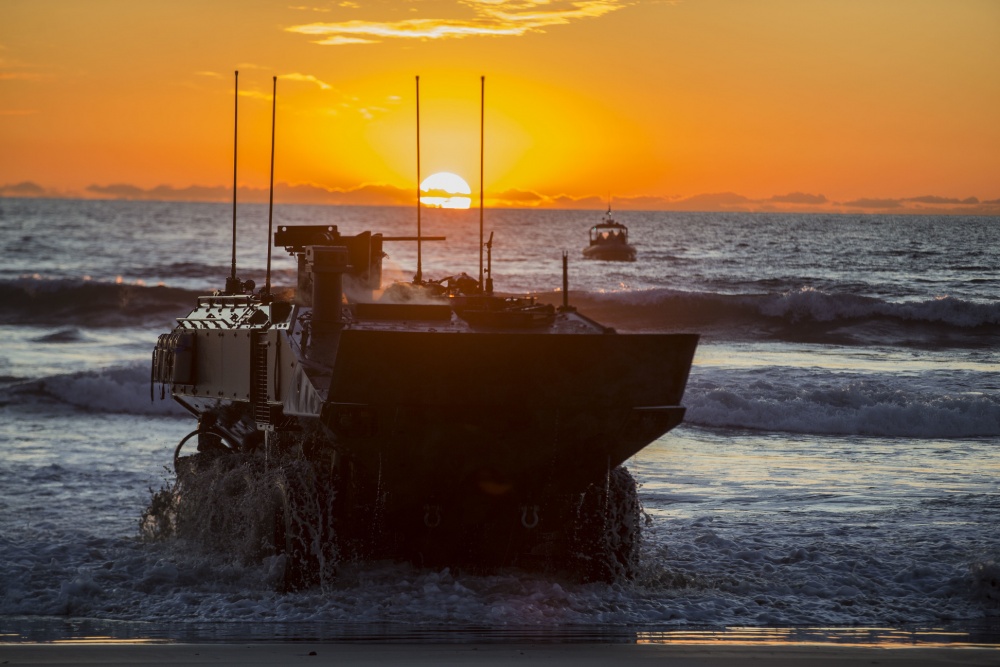 “This is truly a significant moment, given the many years the Marine Corps has invested in trying to replace the AAV,” said Col. Kirk Mullins, program manager for Advanced Amphibious Assault at PEO Land Systems. “While we still have work ahead of us, this is a historical first step toward delivering this materiel capability to our Marines, which is what our mission is all about.”

The initial fielding decision, which the PEO finalized in late September, enables the AAA program office to start distributing the vehicle to the fleet. The Marine Corps will deliver the first set of ACVs—the personnel-carrier variant—to Marines starting in October.

In the future, the Corps intends to develop, procure and field three additional variants that specialize in command and control, recovery operations and increased firepower.

The ACV is designed to fully replace the Corps’ aging fleet of AAVs through the 2020s. Expeditionary and modernized in design, the ACV integrates with naval shipping and ship-to-shore connectors. The ACV’s ability to use the ocean and waterways to carry Marines and equipment make it well-suited for various operating environments, including Expeditionary Advanced Base Operations.