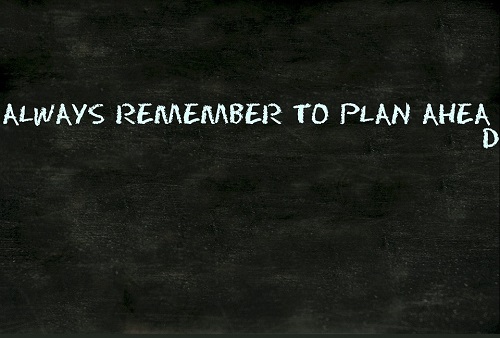 The Marine Corps utilized the time afforded to the services and United States Special Operations Command to develop a comprehensive plan to fully implement the policy of the Secretary of Defense. As a result of the research, the Marine Corps instituted clearly defined gender neutral, operationally relevant, individual performance standards across the spectrum of Marine training and military occupation specialties, which facilitates the matching of Marines to jobs for which they are best qualified.

This systematic plan is conditions-based and event-driven, with many actions occurring in the first 12 months.

“The implementation plan was deliberately and thoughtfully designed to ensure that the Marine Corps takes advantage of this opportunity to maximize the talent and skills of all its Marines and to make sure we sustain the most combat effective force,” said Maj. Misty Posey, plans officer for Manpower Plans Integration.

A large subject of controversy is the idea that the Marine Corps will lower physical standards because of this change.

“That’s absolutely not the case; that’s never been part of the plan,” said Posey. “In most cases, when we codified our standard, they actually are higher than what they were before.”

The implementation process can be broken down into four broad sections: screening, classification, qualification and continuation.

When an applicant applies for a ground combat arms military occupation specialty they are required to meet the screening standard before leaving for recruit training.

To meet the screening standard, the applicant must complete a ground combat arms initial strength test. This test is very similar to the current IST. They will execute pull-ups, crunches and a 1.5-mile run, with the addition of ammo can lifts. Both men and women will need to get a minimum of three pull-ups.

“As you travel through the entry-level pipeline, the test gets a little bit harder and a little bit more direct,” said Posey.

While in recruit training, the recruit must meet a specific score on both the physical fitness test and the combat fitness test to attend a ground combat arms MOS school after graduating. This time around, both men and women must get a minimum of 6 pull-ups on the PFT in addition to a specific score or higher.

If a recruit does not pass the classification standard they will be put into another MOS they are physically qualified for.

“When a recruit passes an MOS classification standard, which consists of PFT and CFT events, that tells the Marine Corps that they have the minimum level of physical prowess to begin their MOS school,” said Posey. “It doesn’t guarantee that they will pass it.”

During a ground combat arms MOS school, both men and women must pass the MOS specific physical standard.

These standards are not as straight forward as getting a particular score on the PFT and CFT because they vary depending on the MOS and fall in line with the existing tests of the school.

“If you must hike under load over a certain distance carrying a certain weight to be in that MOS, well that’s exactly what you are going to do,” said Posey.

Once a Marine has passed a ground combat arms MOS school they will finally be sent to their new unit, but the evaluation of their physical performance does not stop.

“Once you get the MOS and you’re in the operating forces, to keep that MOS you have to continually prove that you have the physical prowess to serve in that MOS,” said Posey.

Proving a Marine who is still physically capable and proficient at their respective MOS will be up to the units’ commanding officers. The evaluations will vary and can be done as a unit during an exercise or training event.

“We want to make sure the standards provide reasonable assurance that a Marine can physically perform and even excel in their MOS,” said Posey. “But we want to also make sure that the physical standards are not unnecessarily high because then you exclude qualified women and men.”

Marines directly in a ground combat arms MOS are not the only ones affected by the integration.

A load-bearing unit is any ground combat arms unit that is the most physically demanding for support MOS Marines. These include units such as infantry, reconnaissance, light-armored reconnaissance and more.

For support MOS Marines to be assigned to such units they must meet the unit assignment criteria, which is having a high first-class annual PFT and CFT.
“So Marines take their PFT and CFT, their scores are reported and when monitors are making assignments to units, they will simply look at the scores to determine who is eligible for assignment to a load-bearing, ground combat arms unit and who is not,” said Posey.

To help prevent these load-bearing units of having institutional biases toward women, each one will have a few senior enlisted female Marines. These Marines will be there to perform their duties while helping male Marines get used to having women around and can also act as mentors to both male and female junior Marines.

These senior enlisted Marines will need to meet all of the same standards in order to be assigned to these units.

Posey believes that integration and this plan will only strengthen the Marine Corps as a whole.

More people competing for the same jobs and assignments will help create a definitive standard across the board.

“When you broaden the population from which you select your best and most fully qualified Marines, you’re opening up to more competition and competition tends to drive up performance,” said Posey. “If I have ten applicants for a job and I only have room for five, why not interview all ten because then I will probably get the best five.”

This plan will allow for the best and brightest, regardless of gender, to have the opportunity to prove their talents and skills while truly being part of the team.