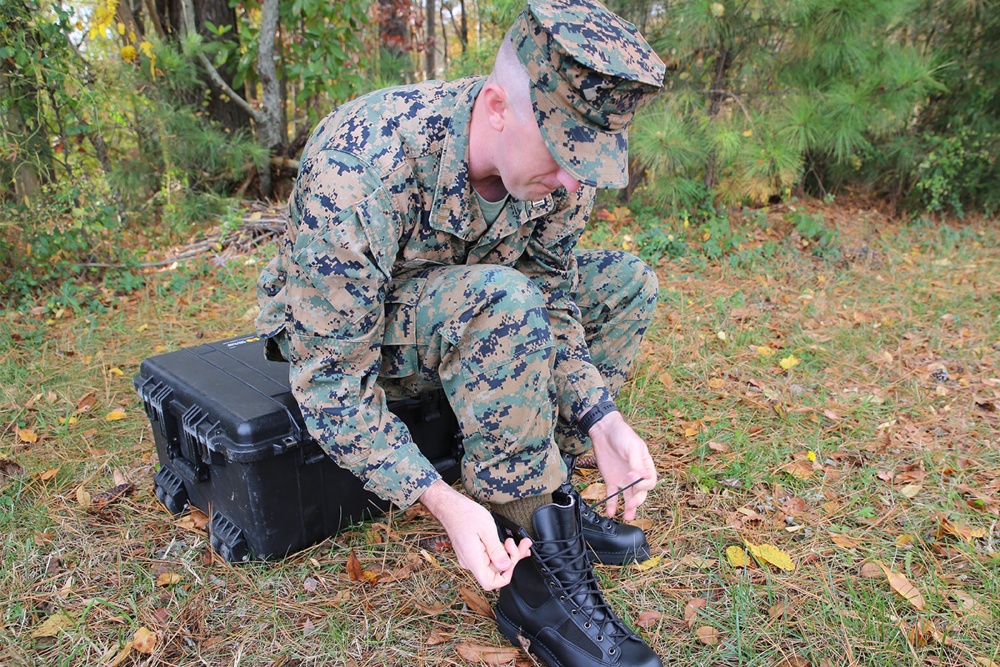 The Marine Corps Intense Cold Weather Boot is a full-grain, leather boot designed for use in temperatures as cold as -20 degrees Fahrenheit. The ICWB allows Marines to complete various missions that might involve hiking or skiing in arduous, cold weather environments without having to change boots.

“In order to effectively conduct your mission in a cold weather environment, you need to be warm,” said Todd Towles, project officer of Cold Weather Gear with the Program Manager for Infantry Combat Equipment at MCSC. “This boot helps to accomplish this goal.”

However, Marines have said the TWMCCB does not provide enough warmth in sub-zero temperatures because the boot is not designed for such environments. They often have to switch to the Vapor Barrier boot, which can cause excessive sweating if worn extensively in environments above -20 degrees Fahrenheit, said Towles.

The ICWB fills a capability gap left by these two boots. The ICWB will be used in temperatures ranging from -20 degrees to 20 degrees Fahrenheit. Towles said the boot can last up to 18 months or longer if cared and maintained correctly.

From 2018 to 2020, MCSC held several user evaluations involving an early version of the ICWB, made of suede, in Iceland, Norway, Alaska and Montana, as well as at the Mountain Warfare Training Center in Bridgeport, California. Curtis Johnson, a logistics management specialist with MCSC, said Marines felt that the suede boot was well-constructed and durable but also thought it was bulky and did not dry well once wet.

The program office then added an additional 200 grams of insulation to the boot. If a Marine is wearing the boot for extended periods of time in sub-zero temperatures, MCSC provides a protective overboot for additional warmth if needed. The improved ICWB is also less bulky than the earlier prototype and comprises a black, leather boot to repel moisture.

“The first prototype ICWB we tested received mixed reviews, but the second prototype with the added insulation has been well-received by Marines thus far,” said Johnson. “The boot is similar to the boots they wear every day.”

The program office expects the ICWB to begin fielding in the second quarter of fiscal year 2021. Towles believes the ICWB will serve the warfighter well in the coming years.

“The ICWB lightens the load for the Marines by their needing only one boot for fighting and ski missions, as opposed to in the past when Marines had to maintain two boots,” said Towles. “I believe these boots will further support Marines in cold weather environments and help them achieve mission success.” 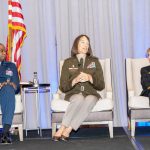 FEBRUARY 4, 2023 – Rear Adm. Cynthia Kuehner, commander of Naval Medical Forces Support Command, was part of a panel that spoke before the South Texas Chapter of the American College of Healthcare Executives (ACHE) during the Healthcare Landscape Conference held on Jan. 27. This year’s theme was “Strategic Imperatives for the Future of Healthcare […]