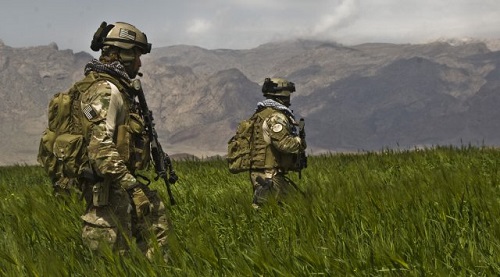 July 31, 2015, FORT WORTH, Texas – With just over two months left until the beginning of Fiscal Year 2016, 52 percent of military households are still holding on to the belief that Congress will void sequestration before the scheduled return to the full budget cuts in October.

June represents the first time in FY15 that number has risen above 50 percent in the First Command Financial Behaviors Index® survey. Forty-two percent of these military families (senior NCOs and commissioned officers in pay grades E-6 and above with household incomes of at least $50,000) would like to see Congress repeal the caps on all spending, while 38 percent believe only the defense spending caps should be lifted. Fifty-two percent of those surveyed approve of the way Congress is handling its job, much higher than the 7 percent of civilians who approve.

This optimism does not offset military families’ continued anxiety about defense spending cuts and sequestration, with 70 percent indicating feeling extremely or very anxious. Seventy-two percent anticipate being financially affected, with 40 percent expecting to be very or extremely affected. Military families’ top two concerns related to budget cuts are an increased responsibility for healthcare (32 percent) and a reduction in retirement benefits (28 percent). Interestingly, concern over a reduction in annual pay increases dropped 12 points from the May survey, now at 26 percent.

Job security concerns also remain high, with 57 percent at least somewhat concerned about their job security over the coming months. That’s up 9 percentage points from the May survey.

Military families are dealing with these concerns through financial preparedness, with 81 percent taking some type of action. Their top actions are to increase savings (50 percent) and cut back on everyday spending (34 percent).

“Military families continue to hold their heads high and hope for the best, while at the same time taking steps to prepare for smaller defense budgets in FY16 and beyond,” said Scott Spiker, CEO of First Command Financial Services, Inc. “This mindset is not surprising, as it is indicative of the way career servicemembers and their families plan their mobile lives.”