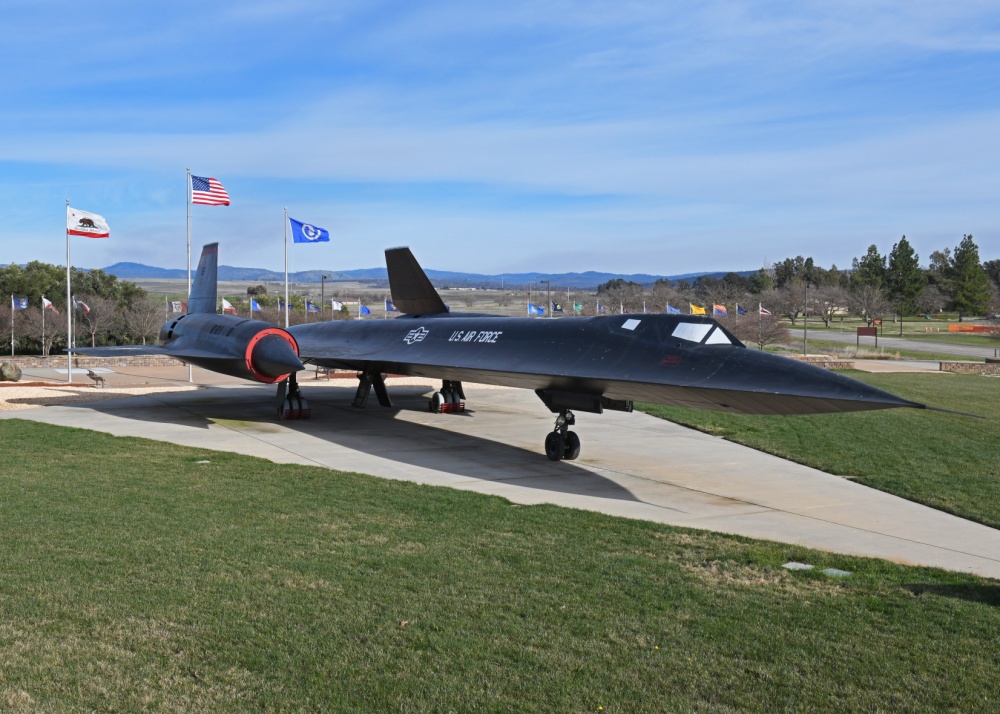 MARCH 5, 2020 – Beale Air Force Base was the home to the fastest and highest flying air-breathing manned aircraft in history, the SR-71 Blackbird.

The first SR-71 to enter service was delivered to Beale Air Force Base on Jan. 7, 1966. During it’s time in service it provided reconnaissance for the U.S. Air Force and played a key role in gathering intelligence during the Cold War.

This legendary aircraft still holds many speed and altitude world records. It was capable of reaching speeds greater than Mach 3 (three times the speed of sound), and could survey 100,000 square miles of Earth’s surface per hour at altitudes of over 80,000 feet.

Only 86 pilots were trained, and fortunate enough to fly operational missions at such high altitudes with this supersonic aircraft. One of those pilots was U.S. Air Force retired Lt. Col. Tony Bevacqua.

“It always felt good flying the highest and fastest aircraft in the world,” said retired Lt. Col. Tony Bevacqua.“There’s nothing else like it.”

During Bevacqua’s time in service he flew the SR-71 in operational missions over Vietnam, and accumulated several flight hours with the aircraft.

“Throughout the seven years I was in the SR-71 program I only accumulated 738 flight hours, but that was more than a lot of people.”said Bevacqua. “You’d be lucky if you got two flights a month on the SR-71, maybe three or four when you’re doing the real stuff out in Kadena.”

None of the 32 SR-71 Blackbirds flying operational missions in the Air Force were ever lost to enemy fire.The SR-71 was fired at over a recorded number of 1,000 times, but its superior speed and altitude capabilities made it impossible for enemy missiles to make a direct impact.

Despite the aircraft’s abilities, due to budget restrictions and the SR-71’s high cost of operation, the Air Force retired the aircraft on Jan. 26, 1990. It was later reactivated for a brief period between 1995 and 1998, but was finally retired on March 6, 1998.

The last ever SR-71 flight took place at the Edwards Air Force Base Open House Air Show on Oct. 9, 1999.

Although the SR-71 is gone, it has left its mark in the history of avionics.