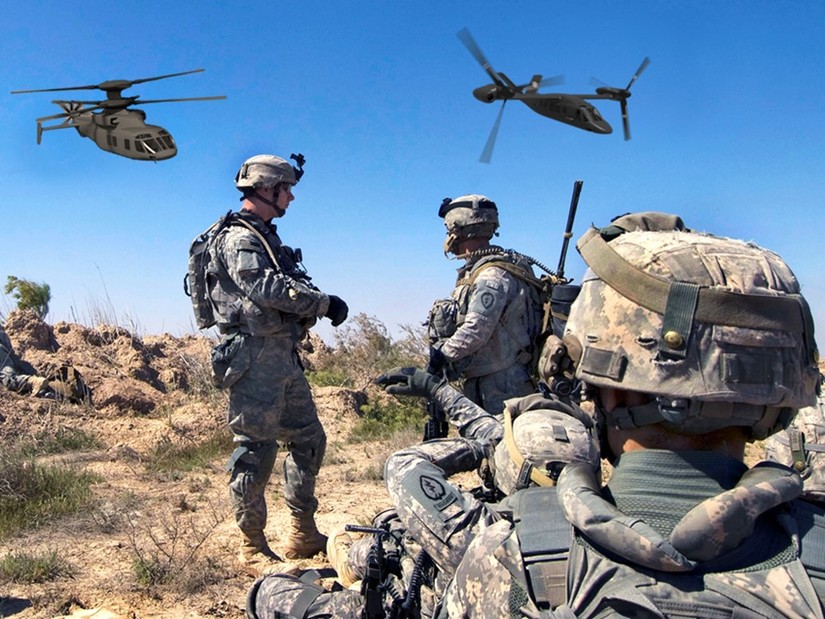 To counter these challenges, the Army identified the next-generation combat vehicle and future vertical lift programs as the second and third priority in its six-prong modernization strategy.

A cross-functional team was created to support each modernization priority, including one for both the NGCV and FVL programs. The teams are developing the blueprint for future technology with teams composed of subject matter experts from the requirements, acquisition, science and technology, test and evaluation, resourcing, contracting and cost and sustainment communities.

How U.S. Army Research, Development and Engineering Command scientists and engineers are supporting the NGCV and FVL will be the focus of “Next Generation Combat Vehicle and Future Vertical Lift Modernization Priorities” Warrior’s Corner today from 12:40-1 p.m., at the Association of the U.S. Army’s annual meeting in Redstone, Alabama.

Research, Development and Engineering Command’s Tank Automotive Center leads the NGCV effort. The center is developing technology for the next generation of ground vehicles that are not only more lethal and survivable, but also much smaller, lighter and more fuel efficient. Key areas of research and development include: power architecture, protection, vehicle electronic architecture and autonomy.

Advanced Combat Engine
The prototype ACE, which the center plans to use for future engines, will not only have more power and vehicle mobility, but also use less fuel. Lower fuel consumption will reduce the risk of attacks to soldiers during refueling conveys.

The Army has developed the Modular Active Protection System, to support the need for better protection without adding weight to vehicles. The MAPS framework consists of a modular, open-system architecture that supports an active protection system. The open-system architecture enables new and evolving sensors, processing and counter-measure solutions to be integrated into ground vehicles, giving commanders the ability to counter threats as they change.

“Open architectures in general are designed to allow for advances in technology, whether it’s in autonomous systems, survivability, or any of the other several fields we develop, to be rapidly integrated onto our ground vehicles without wholesale redesigns or rebuilds of those vehicles,” said Christopher Ostrowski, the center’s associate director for NGCV.

Other areas of development include a flexible architecture for vehicle electronics that will meet increasing power demands and an open architecture for autonomous, tele-operated or driver-optional systems to enhance soldier safety.

“We’re envisioning an autonomous architecture where new autonomous behaviors or capabilities are enabled through software updates and upgrades, not unlike how smartphones today get updated,” Ostrowski said.

Future Vertical Lift
In response to the need for next generation Army aircraft with advanced technology, Research, Development and Engineering Command’s Aviation and Missile Center is paving the way to modernize the Army’s aviation fleet. FVL is an Army-led, multiservice initiative, focused on delivering the next generation of vertical lift aircraft to the joint warfighter with manned, unmanned teaming.

The Aviation and Missile Center partnered with industry to develop the Joint Multi-Role Technical Demonstrator, which incorporates existing and experimental capabilities that demonstrate vertical lift capabilities for future FVL programs. The Army is using the JMR-TD program to conduct ground and flight demonstrations to help inform requirements for next generation Army aircraft.

“The future operating environment demands a capability that is greater than what we have today,” said Dan Bailey, JMR-TD program director. “We are going to need capabilities for the warfighter with a rapid acquisition process and the best way to accomplish that is open systems architecture. Advanced vertical lift capabilities provide the future joint force ground commander with flexibility and asymmetric opportunities required in the future multidomain battle.”

The Aviation and Missile Center has responded to the increase in unmanned aircraft systems by developing the Next Generation Tactical Unmanned Aircraft System Technology Demonstrator program. The NexGen TUAS TD is developing unmanned air vehicle technologies and capabilities that will improve flight performance, survivability and reliability for future unmanned aircraft systems, which will need to perform a diverse set of missions in contested airspace against near-peer adversaries in a multi-domain battle.