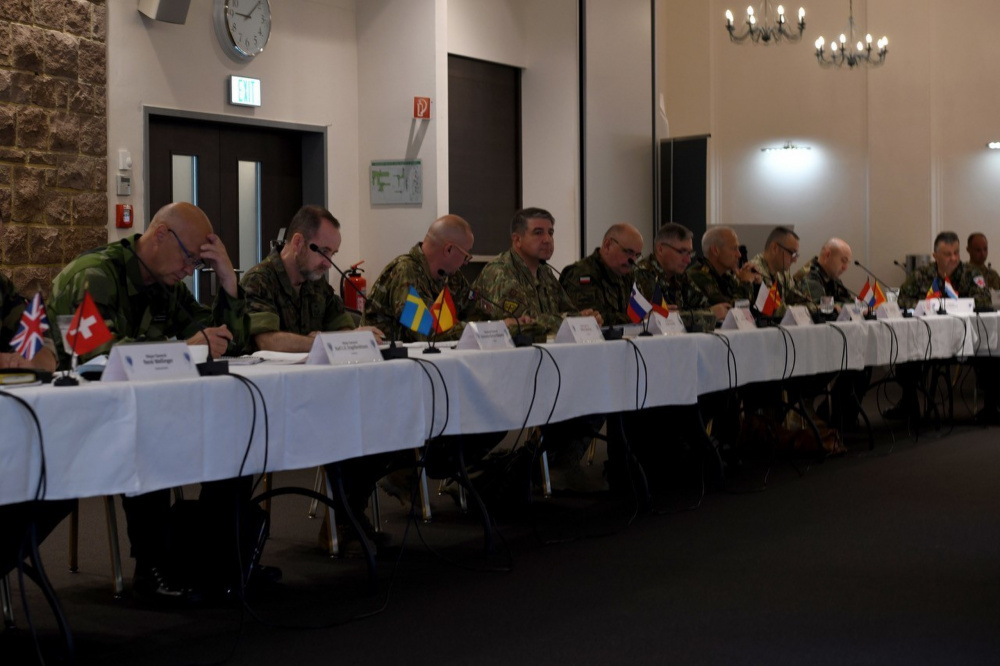 JUNE 21, 2021 – Senior land force commanders, officers and representatives from approximately 40 European allied and partner nations, the U.S. and Canada met both in person and virtually for the Conference of European Armies at U.S. Army Europe and Africa Headquarters.

McConville began his opening remarks with a message of gratitude for the ability to meet again in person after last year’s event was cancelled due to COVID-19, “It’s very very special to have you all here,” McConville said. “It’s been more than a year or so since we have been able to do this and it’s great to have so many of you here in person,” McConville said.

The primary focus of this year’s conference was force modernization, and included discussions regarding regional perspectives on land power, interoperability, strategic readiness, capacity building, current and emerging threats and more.

“As you know the U.S. Army has a very ambitious modernization program right now, and many of your armies do as well, so I look forward to having rich and candid conversations about this,” Cavoli said.

The conference sessions were led by officers from various participating nations, covering a wide range of subjects including fielding capable forces, modernizing and maintaining ready forces, land force modernization and many more.

“It’s about peace through strength. It’s about having a strong Army. It’s about having strong allies and partners, and working together,” McConville said. “For all of us, modernization is the greatest opportunity for our forces to come together to deter the fight against these current and emerging threats.”