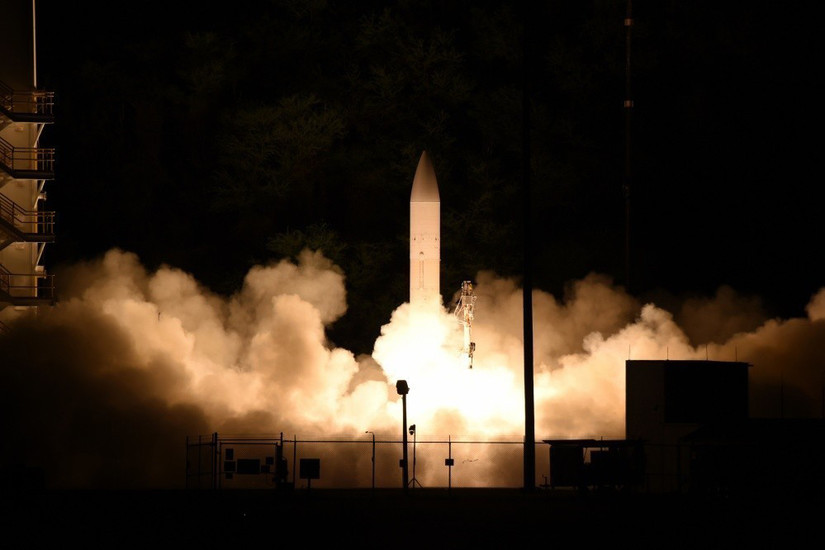 JUNE 19, 2020 – The March 19 test of a hypersonic glide body at the Pacific Missile Range Facility in Hawaii is just the start for the Defense Department, the assistant director for hypersonics in the Office of the Undersecretary of Defense for Research and Engineering said, and after ample flight testing, the department will move toward developing weapons from the concepts it’s been testing.

“Over the next 12 months really what we will see is continued acceleration of the development of offensive hypersonic systems,” Michael E. White said today during an online panel discussion hosted by Defense One.

Hypersonic weapons move faster than anything currently being used, giving adversaries far less time to react, and they provide a much harder target to counteract with interceptors. White said DOD is developing hypersonic weapons that can travel anywhere between Mach 5 and Mach 20.

The March test of the hypersonic glide body successfully demonstrated a capability to perform intermediate-range hypersonic boost, glide and strike, he said. That test, White added, begins a “very active flight test season” over the next year, and beyond, to take concepts now under development within the department and prove them with additional tests.

“A number of our programs across the portfolio will realize flight test demonstration over the next 12 months and then start the transition from weapon system concept development to actual weapon system development moving forward,” he said.

Also part of the department’s efforts is the defense against adversary use of hypersonic missile threats — and that may involve space, said Navy Vice Adm. Jon Hill, director of the Missile Defense Agency. Land-, silo- or air-launched hypersonic weapons all challenge the existing U.S. sensor architecture, Hill said, and so new sensors must come online.

“We have to work on sensor architecture,” Hill said. “Because they do maneuver and they are global, you have to be able to track them worldwide and globally. It does drive you towards a space architecture, which is where we’re going.”

DOD is now working with the Space Development Agency on the Hypersonic and Ballistic Tracking Space Sensor to address tracking of hypersonics, the admiral said. That system is part of the larger national defense space architecture.

“As ballistic missiles increase in their complexity … you’re going to be able to look down from cold space onto that warm earth and be able to see those,” he said. “As hypersonics come up and look ballistic initially, then turn into something else, you have to be able to track that and maintain track. In order for us to transition from indications and warning into a fire control solution, we have to have a firm track and you really can’t handle the global maneuver problem without space.”

Hill said the department already has had a prototype of such satellites in space for some time, and is collecting data from it. In the early 2020s, he added, additional satellites will also go up to demonstrate tracking ability.