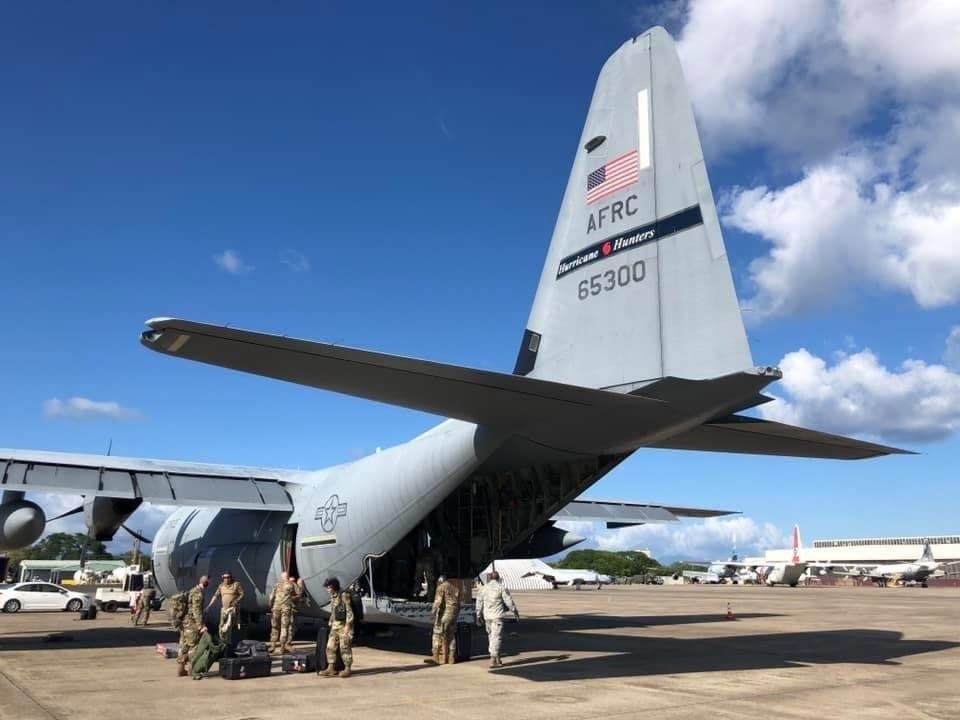 The Hurricane Hunters are projected to fly the storm through the weekend.

Douglas became a Hurricane Wednesday morning, it’s the Pacific’s first hurricane of the 2020 season and is approximately 1,500 miles east of Hawaii, according to the National Hurricane Center forecast.

The data the 53rd WRS collects during their flights assists the NHC and Central Pacific Hurricane Center with their forecasts and storm warnings, said Lt. Col. Anthony Wilmot, 53rd WRS director of operations.

Although satellites provide a lot of information for forecasters they don’t provide everything. This is where the Hurricane Hunters assist forecasters. The Pacific and Atlantic Oceans are data sparse environments as they lack any weather sensing equipment in the area. The Hurricane Hunters fly into the storm and collect weather data such as central pressure, wind speed and direction, relative humidity and temperature that assist with movement and intensity forecasts, said Wilmot.

Aircrews fly through the eye of a storm four to six times to locate the low-pressure center and circulation of the storm. During each pass through the eye, they release a dropsonde, which collects weather data on its descent to the ocean surface. An automated data package is sent out every 10 minutes, while manual observations, such as the dropsonde data, are sent as necessary, said Wilmot.