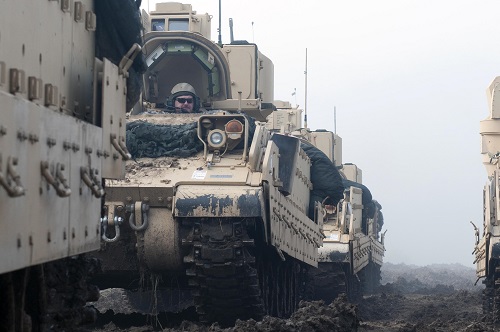 DECEMBER 29, 2016, ARLINGTON, Va., By Sgt. 1st Class Jon Soucy – A recently signed law gives official veteran status to National Guard members who served 20 years or more. Previously, Guard members were considered veterans only if they served 180 days or more in a federal status outside of training.

“As long as you were deployed on active duty for at least 180 days and you didn’t get a dishonorable discharge or a bad conduct discharge coming off those orders, then you could be considered a veteran,” said Army Sgt. Maj. Matthew Krenz, a legislative liaison at the National Guard Bureau who provided background information to Congressional members working on the bill.

Prior to the new law’s passage, even if Guard members served for 20 years or longer they were not deemed veterans unless they served on active duty. That included those serving in an Active Guard and Reserve status.

“They could have served 20 years as [AGR] but that wasn’t considered qualifying time,” said Krenz, adding that veteran status was specifically linked to serving on federal orders, rather than on state orders.

“[If] they were never activated on [federal] orders they weren’t, from the government’s perspective, considered veterans,” he said.

Now, under the new law, anyone eligible for reserve component retirement benefits is considered a veteran, said Krenz.

“Anyone who has reached 20 years of service, even if they were never activated on a [federal] order for more than 180 days outside of training, will now be considered a veteran,” he said.

The change in law, said Krenz, simply recognizes those who serve. For those in the Guard, that can mean responding to large-scale emergencies, natural disasters and other events at home in addition to training for combat and deploying overseas.

“There are many Soldiers [and Airmen] who can serve 20 years in the National Guard and never see an overseas deployment,” said Krenz, adding he feels “that shouldn’t diminish their service to this country and what they’ve done for this organization.”

The change in status, however, does not entitle Guard members to any additional retirement benefits.

“Basically, it gives them the ability to be officially honored as a veteran,” said Krenz. “They are already going to be getting their retirement incentives based on their 20 years of military service.”

Krenz said he feels the change in law is a positive one.

“I think this is a good step in the right direction,” he said.