June 24, 2014, ARLINGTON, Va. – Senior leaders within the Army National Guard’s Office of the Chief Surgeon said the Army Guard has taken one of several significant steps toward streamlining the transfer of information in a Soldier’s medical file between the individual, the National Guard, Department of Defense and Department of Veterans Affairs.

“Typically, medical files that were going through any sort of board process – whether the medical evaluation board, the physical evaluation board, or just simply being transferred around – it was all done via courier service or the regular mail system,” said Army Col. Larry Fletcher, chief medical information officer and acting deputy surgeon, Army National Guard Office of the Chief Surgeon. “This made the evaluation process very long.

“So, looking for a technological capability to address that issue, the Department of Defense [in partnership with the Department of Veterans Affairs] looked at a number of capabilities across the force to see which would best address that issue,” Fletcher said. “Eventually, the National Guard’s electronic Case File Transfer system was selected to try and leverage the issue.”

Fletcher added that through the efforts of the Army Guard, more than 400 electronic medical case files were transferred Dec. 31, 2013, after the successful completion of the link to the VA system.

“We worked [with representatives from the DoD and VA] to build the interface that would allow for the electronic movement of data – medical case files – into the VA system, which would then allow them to process the files through the Integrated Disability Evaluation System,” he said.

The eCFT system is based on the Medical Evaluation Board Preparation system already in use by the Army Guard, and has cut the time a medical case file is created and then reviewed by the convening MEB, and Fletcher and his team hope to see similar results between the DoD and VA.

“In the Guard, the MEB Prep module has cut the process of having a medical case file assembled, and then reviewed by the medical evaluation board, from (an average of) 85 days down to 46 days,” he said. “And we presume that eCFT would eventually help make the process much faster for those individuals going through the MEB or Physical Evaluation Board process and possibly looking at a separation due to a disability.”

“The biggest touch point … with eCFT is to make information readily and quickly available to the VA,” said Army Maj. Dexter L. Lovett, patient administration office, Army Guard’s Office of the Chief Surgeon. As the evaluation process progresses, “and it becomes clearer that an individual is more than likely going to be separated as a result of their disability, the idea is to eventually get their VA claims process initiated before they separate.”

“With an electronic case file, all of the necessary documentation will be available to include the determinations and decisions made by the medical evaluation boards and physical evaluation boards,” Lovett said. “If we do it right, a Service member can receive their disability coverage the day after they separate.”

According to Lovett and Fletcher, the Army Guard – through the use of integrated electronic medical readiness management systems – has achieved a medical readiness on par with U.S. Army Forces Command, at 85 percent.

“A lot of that can be attributed to the electronic tools and applications used at the state, territory and District levels,” Lovett added. “But, like any other tool, it’s been up to the willingness of the states to utilize those tools – and do it well – and because of that they have been able to move forward in their medical readiness programs.”

As the Army National Guard continues to move forward in electronic medical readiness, Lovett said there would be a transitioning period.

“We are in a transitioning process where we are moving towards a paperless system in the Guard,” he said. “We currently are converting what we still have in hard copy into electronic format, and this will take several years to complete. Meanwhile, those new Soldiers coming into the Guard, as well as the Army Reserve, will start with an electronic file from the get-go.”

As the Army Guard continues the transition from paper to digital files, Fletcher said electronic records continue to be passed via the eCFT system to a VA data hub.

On the front side of the transition process, Lovett said states, and the Soldiers who make up the formations within, will need to remain cognizant of keeping records updated.

To do that, Fletcher said the electronic Health Readiness Record is key.

“Right now in the Guard we have a system called Health Readiness Record, which has anything medical that you have provided to your state in the system, and any military medical documentation as well,” he said. “It’s all in HRR. This allows us to ensure we have a complete record at a certain time for any individual.”

A complete record that, according to Lovett, “the individual Soldier can then be provided either a completely electronic version of their medical record on hard disc, or a paper copy for their personal use.”

“As a Soldier progresses throughout their career, we are able to upload and scan all of their medical records,” Seals said. “Even if a civilian provider sees them, we can upload the paper record they bring in to us into their HRR.”

For Fletcher, readiness and quality control are paramount.

“The ability to make the electronic record available to anyone at any time helps to keep the chance of records, or parts of a record, from becoming lost,” he said. “From a readiness perspective, if I can get an individual through the integrated disability evaluation system faster, then I can get them either discharged from the military or back in the fight.” 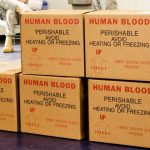