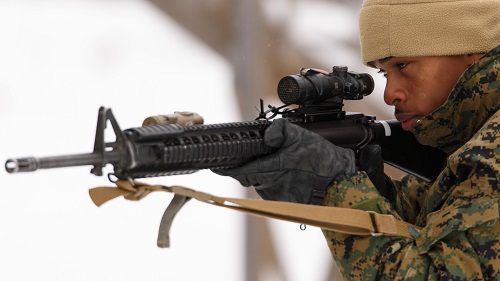 AUGUST 19, 2016, – Samuel L. Posey is no stranger to trouble, much to the dismay of his mother Pamela. He recalls a time in the seventh grade when he was hanging out at Quail Pointe apartments in Spartanburg, South Carolina, a place his mother had warned him not to be.

“I ended up in the middle of a shootout,” said Posey, a 22-year-old with dark black hair and an easy-going smile. “When I got home, I didn’t tell my mom. She asked, ‘Where have you been?’ I said, ‘nowhere,’ with my heart beating out of my chest. The next day, it was on the news and my mom came to me saying, ‘I know you were over there.’ It was like she sensed something I didn’t.”

Eventually, Posey told his mother the truth and took her punishment.

“My mom didn’t play games,” Posey said. “She was a strong woman and she wanted to teach me to be a good person, but not to be a pushover.”

By the time he reached middle school, Posey had witnessed drugs, violence and the gamut of troubles that come with living in a rough neighborhood.

Posey, now a lance corporal in the U.S. Marine Corps Reserve and a rifleman with Company I, 3rd Battalion, 25th Marine Regiment, 4th Marine Division, Marine Forces Reserve, believes these experiences have shaped the man he has become and given him a reason to give back to the community.

Born in Brooklyn, New York, the middle child of three boys, Posey bounced around between New York and Spartanburg growing up. The son of an abusive father, Posey witnessed his mother getting beat and took a few beatings as well.

“Every time my dad would fight us, we would be out on the street,” Posey said. “But my mother was no bum. She would get a job to support us and soon enough we’d be back.”

To escape this environment, Posey’s aunt and uncle, Joanne and L.C. Rogers, would take Posey and raise him for months at a time in Spartanburg. Eventually, Posey’s mom left his father and moved to Spartanburg where she remarried.

“I did have a lot of hatred for my dad for a long time, but after a while I learned to let it go,” Posey said. “He wasn’t the best dad in the world, but if it weren’t for him I wouldn’t have met the people I met or became the person that I am.”

Even though Posey didn’t always have his parents around, he had parental figures in his life like his aunt and uncle.

“When I went to college, I was rowdy,” Posey said. “I was this kid from the hood who still hadn’t grown up.”

Towards the end of his first year of college, Posey got into a physical altercation with another student. After that fight, Posey came to the realization that he needed to mature and college was not the place he was going to do it.

“I asked myself, ‘Why am I doing this?’” Posey said. “It was the end of the school year and I knew I couldn’t come back next semester because of my grades and my attitude. I didn’t want my mama to ask, ‘Well, what are you going to do next?’”

“I remember I left my house in the middle of the day,” Posey said. “I went down to the mall and went to the recruiter’s office. I didn’t talk about it at all, I just went there.”

Posey couldn’t sign the papers that day, so he came back the next day, and this time he brought his mother as a witness.

“I wanted her to see me do it,” Posey said. “She just sat beside me with big eyes while I signed the papers.”

“I liked the fact that I had to earn the title, it wasn’t given to me.” Posey said.

While boot camp proved to be tough, Posey channeled the lessons he had learned growing up to get through it.

“I knew I would make it because of my childhood,” Posey said. “I knew no matter how bad it got, I had always been through worse.”

Having been in the Marine Corps Reserve for three years, Posey says he has grown from the experience.

“I’ve grown a lot compared to where I was,” Posey said. “My decision making is really different than what it was before. The fact is that someone can actually die in this job because of my failure to do something correctly or my inattention to detail. This has really changed how I look at other things in life.”

Other Marines in Posey’s platoon have also noticed how he has grown as a Marine.

“I’ve known Posey for three years, since he got here,” said Cpl. Robert D. Ray, a team leader with Co. I, 3/25. “He’s a great Marine who is willing to learn and he excels at what he does.”

Being in the Reserve Component, Posey has an opportunity to serve his community when he is not serving his country. Posey has been dancing with a group called Dance Over Everything, which helps less fortunate kids channel their frustrations through dance.

“We go out to schools so we can show these kids there is another way,” Posey said. “Why not take that anger and frustration you have inside and put it into something constructive. They are young and might go out and do something stupid, but there is always time to fix it and grow up to be somebody.”

Posey is now working toward an associate’s degree in business marketing at Limestone College in Gaffney, South Carolina. As he looks to the future, he only hopes that his contributions make an impact on others.

“By the end of everything I do, I want to be able to say I made a difference,” Posey said. “When someone younger who looks up to you asks you the question of what you did when you were younger, what can you tell them? You can tell them you were wild, drank, smoked and were out thugging in the streets. How many people get to say they served their country?”