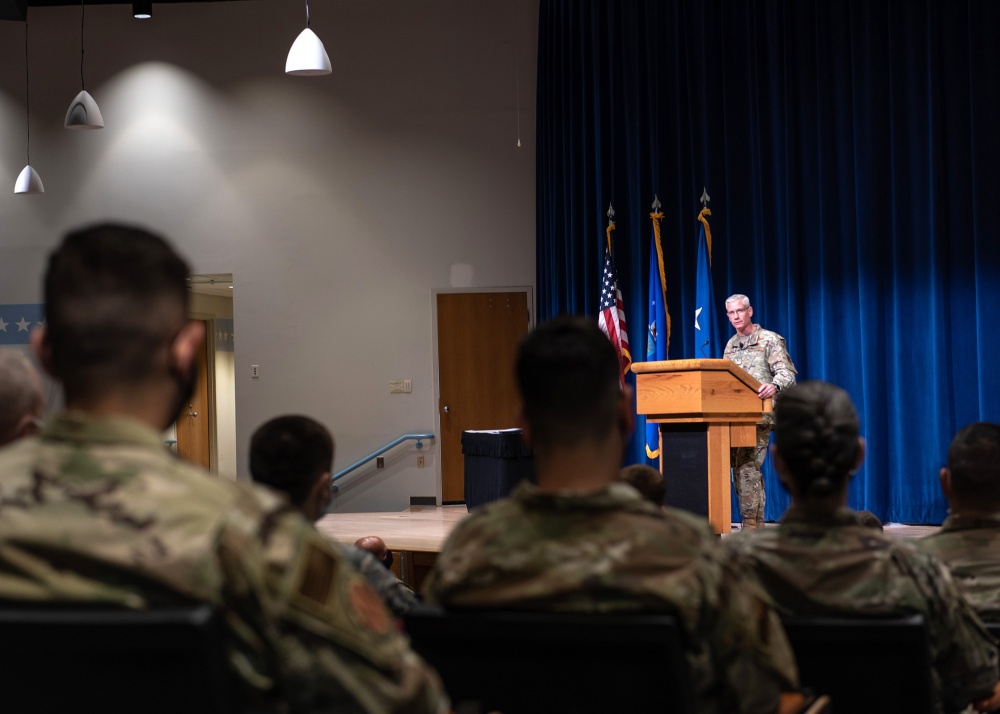 SEPTEMBER 24, 2020 – Graduating students of the U.S. Air Force Cyber Protect and Defend Course took hold of diplomas, September 22 at McGhee Tyson Air National Guard Base while those present and online celebrated the completion of the first class with the I.G. Brown Training and Education Center.

What they learned would undoubtedly defend the nation from cyber-attacks, officials said.

“What you are going to do is as important as in any mission that we do in the Air Force today,” said U.S. Air Force Brig. Gen. Keith G. MacDonald, director of Air National Guard Operations.

The featured graduation speaker, General MacDonald, congratulated the 18 students and recognized the organizations, leaders, and people who worked together to bring the course to TEC for the Air Force. A recording of the ceremony is available online at https://vimeo.com/460674186.

“This is a tectonic shift in the Air Force, it will allow our fighting force to do what we do best, which is fly, fight, and win in the air, cyber, and space domains,” said General MacDonald about the Air Force’s Mission Defense Teams and TEC’s newest training mission that supports them. “This effort is truly a total force effort … between the active and reserve forces, and when you put those together, what happens is great things.”

The students started six weeks ago as the initial class at TEC.

“I want to thank you all, supervisors, family members, for supporting our students that are proudly achieving this great education that is building readiness now for the total force,” said Colonel Lozano.

The colonel outlined how TEC evaluated building readiness for the total force into the future more than a year ago. “We looked very deep into our partnerships, the capabilities, the opportunities, and what the Air Force needed to build readiness,” he said. “That was the original thought of seeing what we see today; the Mission Defense Team graduating and enabling cyber capabilities for the total force.”

Plans to increase the number of cyber protect and defend graduates are part of Air Combat Command’s broader MDT mission, a new mindset, and capability in cyber defense, from a network services side to protect-and-defend operations. Future student throughput here includes six 20-student classes in 2021. There is a goal to graduate 1,000 students per year from the total Air Force at TEC, starting in FY23. Through ACC and the Defense Cybercrimes Center, the campus now leverages and maintains a state-of-the-art cyber range.

Officials noted that the in-residence graduates who arrived in August also managed the challenges of COVID-19 health and safety measures by initially self-quarantining for two weeks as well as wearing masks and maintaining distancing and other efforts, inside and outside of the cyber classroom.

“Congratulations to getting past all the hurdles,” said U.S. Air Force Lt. Col. John Capra, the TEC deputy commander who also served as the students’ commandant. “You did well. I know that we had no cases of COVID. We successfully graduated from a pilot class.”