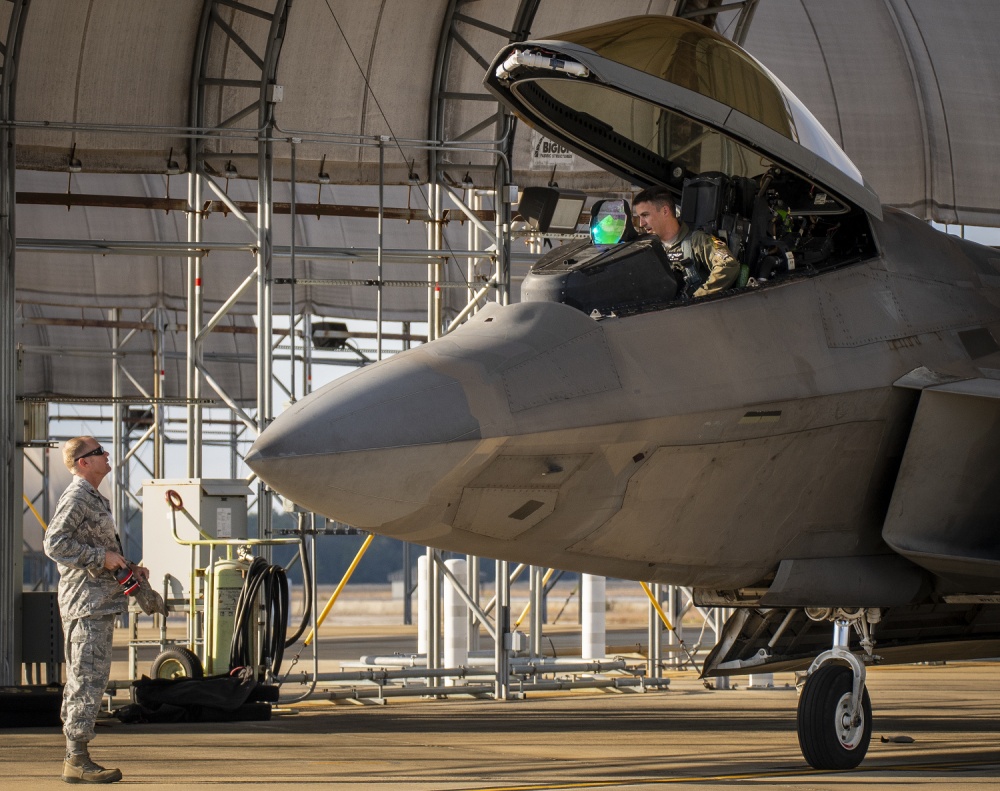 NOVEMBER 26, 2018, Eglin Air Force Base, FL – A new predator appeared in the skies here for a short time Nov. 20. The stealthy warbirds circled, scanning the area before approaching and setting down at their new home. Very soon, the aerial newcomer will be a common sight among Team Eglin’s birds of prey.

The first six 325th Fighter Wing F-22A Raptors arrived here Nov. 20 to their temporary facilities with Team Eglin. The 43rd and 2nd Fighter Squadron aircraft arrivals are part of the recently-announced moves by the Air Force in the wake of Hurricane Michael.

“These decisions were important first steps to provide stability and certainty,” said Secretary of the Air Force Heather Wilson. “We’re working hard to return their lives to normalcy as quickly as possible.”

The initial Raptors, with more on the way, will share flight line space with their fellow fifth generation fighter, the F-35A Lightning II.

Tyndall Air Force Base took a direct hit from Hurricane Michael. The base has sustained extensive damage. The Ride Out Element will conduct initial damage assessments when it is safe to do so.

Michael was a Category 4 catastrophic hurricane when it made landfall, with winds in excess of 150 mph. There have been no injuries reported on Tyndall at this time.

Teams are working diligently to recover the base in the coming weeks. The storm brought down trees and power lines. It removed roofs from buildings and caused significant structural damage.

The conditions of the runway are unknown at this time.

The base commander ordered a mandatory evacuation of base personnel Monday, Oct. 8. This evacuation order remains in effect until further notice. Evacuated personnel made plans for an extended time away from the base. Base officials do not have an estimate at this time for when it will be safe to return.