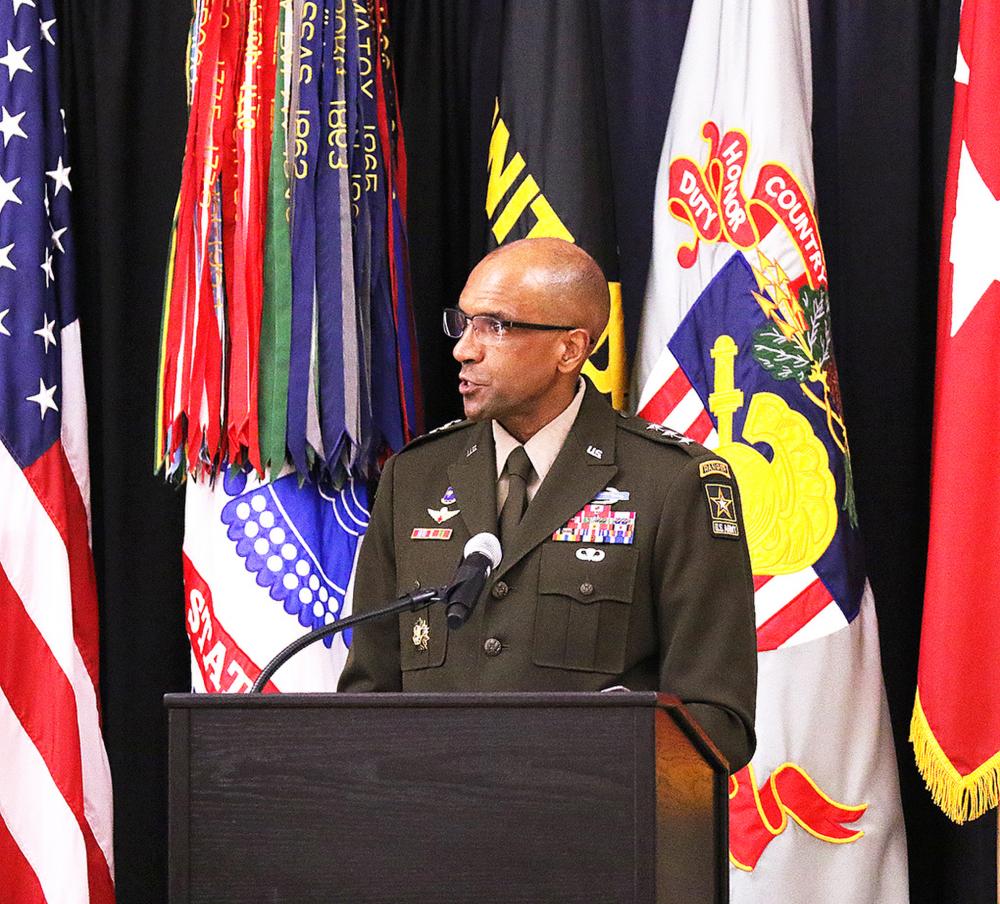 The morning conference session consisted of a professional panel discussion that celebrated the evolution of women in the military. Members of the panel discussed their experience as women serving in today’s Army, and more specifically, their time as members of a Cultural Support Team (CST).

Established in 2009, they explained that CST’s have a unique mission within the military. After passing a rigorous CST assessment and selection process, they work directly with Army Special Operations Forces, assisting them in engaging with female populations in environments where engagement with males would be deemed culturally inappropriate.

Brutsche led the question-and-answer session. Below are a few questions that the panel answered during the session.

Q: From 2009 to present day, how has the CST program developed?

A: Kolar: “When they first started recruiting CST’s, they pretty much recruited based off physical fitness. That was the biggest thing they would hear about, speaking to the psychologist. All we would hear about is that we need a female who can keep up with these guys. I think they quickly found out that it is a need to keep up with them and, they need to provide what we’re looking for rather than just a fit female. You need people who are intelligent, who have empathy and who are able to interact with the local population … I think where the program has improved and where we have been able to have success is putting people like Sgt. Maj. Fraser, who is sitting here, to give us input about what they’ve seen directly on the battlefield and what they need from each person who’s been selected … It’s also important to get that feedback from returning CST’s from deployment.”

Q: How were these Cultural Support Team specialists integrated into these new teams?

A: Brutsche: “Simply put, we would go to the villages and talk to the women because they were an incredible source of information out there. The men do not have access. It’s just culturally inappropriate … They were so intelligent. They’d sit there and watch, and they’d listened. We had so much to get, and they really helped us fill in those information gaps that we were required to fill in order to meet these national strategic objectives.”

Q: What or who inspired you to be a Cultural Support Team specialist?

A: Harris: “My sergeant major came to my office and said, ‘I sent you an email, read it, then come talk to me.’ My first reaction was ‘Finally, I’m getting an opportunity. This is why I joined the military.’ I didn’t join to sit behind a desk, not that there’s anything wrong with that but, I joined to get after it. No one told me at the time, I had the wrong gender I couldn’t do those things. I went back to talk to my sergeant major and told him I’m all in.”

Q: Did any of you face any resistance or discrimination because of a particular role you played? Especially in a direct combat role.

A: Yahn: “This team sergeant stopped me before I could even start my inprocessing brief. He said all these great things but at the end of the day you’re still a female that’s going to be on this mission and you are clearly a distraction to my guys and you’re going to get them killed. We’re hours away from going on a mission. That’s not the conversation I was expecting to happen … But I did come back and talk to the team sergeant. I said, ‘You know, so you’re telling me that your guys are so distracted by my mere presence, that they could potentially die. Doesn’t that say as much about you as it does about me. Doesn’t that say much about your team. Now, I’m worried about you can’t lead an effective and lethal team that can stay focused on mission to a very real threat outside that wire that’s going to get me killed.’”

Final words from the panel
After the panel commenced, Fraser, the most experienced in direct combat action on the panel with 10 rotations to Iraq, six to Afghanistan and four to Syria, shared a few words to the audience as he presented the Corps of Cadets a gift, “The best thing we can do as a leader is create the next generation of leaders.”

During the evening session of the Diversity and Inclusion Leadership Conference, the stage was ready for keynote speaker, Lt. Gen. Gary M. Brito, Army deputy chief of staff, G-1. His message was clear, “All Soldiers of all ranks deserve an environment where they can excel.”

“As a young officer, just like many in the room who have served and many in the room who will serve in the years ahead, I was simply concerned with just doing my job. As an Infantry company commander, I had an experience, when reflecting on it, where I began to see the importance of diversity, equity and inclusion. Obviously, at that time the label and the title did not resonate as it does now many years later. Nonetheless, even back then, it was as important as it is today and the years ahead.”

Brito continues his charge to not only cadets but also to the senior leaders in the military to provide an atmosphere where Soldiers can maximize their abilities.

“We as leaders want more for you as leaders. We owe it to those Soldiers who join an environment that recognizes the value of diverse backgrounds, thought and volunteer service. We owe them and you owe them as future leaders an environment free of obstacles that prevent the obtainment of one’s goals and prevent them from reaching their potential.”