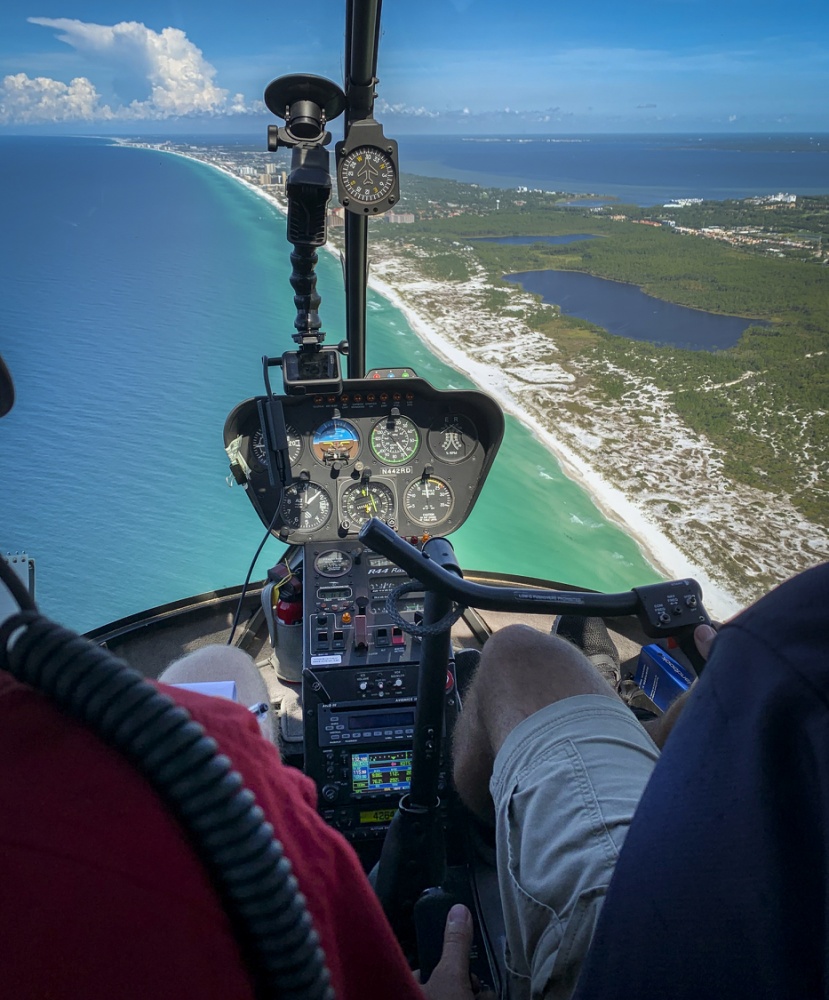 A group of the squadron’s test engineers received virtual training via the Florida Tech Helicopter Flight Test Engineer Performance course in all things related to helicopters helicopter performance testing from the history and flight specifics to hands-on lab training. They even received flight training in an R44 helicopter to close out the class.

“The 413th has grown a lot in the last two years to prepare for our acquisition category one programs. It is unrealistic to find many new employees with a specific helicopter skillset,” said Joe Whiteaker, Combat Rescue Helicopter Flight Chief, about the 413th’s unique situation and the need for specific training.

After the course completion, both the MH-139 Grey Wolf and HH-60W Jolly Green II test teams increased their engineers with rotary wing performance expertise by 80%, according to Whiteaker.

Florida Tech put together the three-week class quickly to support the need.

Along with the Eglin engineers, the virtual classroom portion included Navy students at Patuxent River in Maryland. Jon Holzman, the instructor, was in Orlando. The Lab portions were accomplished with local area rotorcraft vendors coordinated by Florida Tech.

“The enrollment of students at both Eglin and Pax River brought unique new challenges that in years past would have proven prohibitive,” said Cerny. “However, platforms such as Zoom give the educator the ability to reach the students, even in times such as these.”

For the 413th engineers, the experience was easy and eye-opening to a bigger picture of helicopters and flight testing.

“When testing a specific system, it’s easy to get pigeon-holed into knowing that system in great detail. This class allowed me to look at different systems as part of a whole picture forcing me to change my perspective and understand how my testing impacts the helicopter overall,” said Jordan Pfile, 413th FLTS flight test engineer, who plans to use the knowledge gleaned from the class on an upcoming HH-60W test.

In spite of the virtual environment, the class was small and personal allowing each student the chance to talk about their experiences, which resulted in more holistic learning, added Pfile.

The 413th FLTS’s leadership see this course as a success and hopes to continue working with the school for more training opportunities.

“I definitely see this partnership with Florida Tech continuing for not only the 413th, but for all the test squadrons at Eglin,” said Whiteaker.