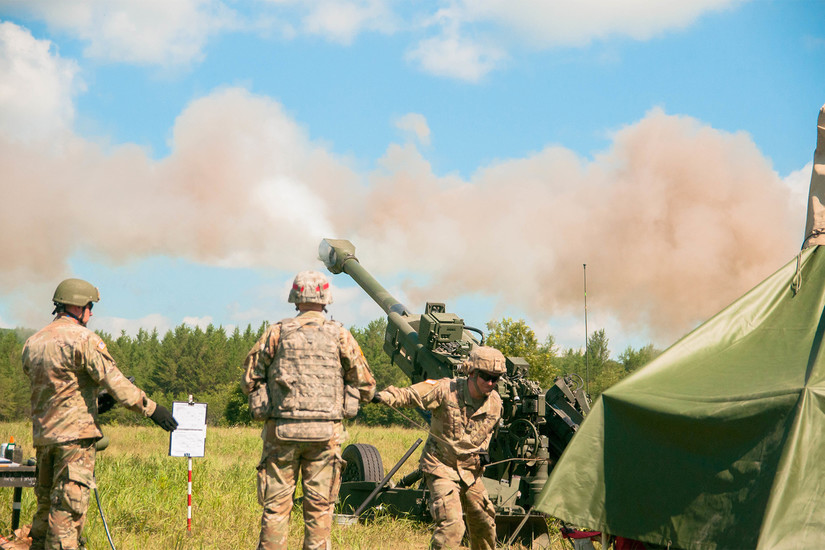 SEPTEMBER 4, 2019 – The Joint Artificial Intelligence Center, stood up just last year, has plans to hire an ethicist to help guide the Defense Department’s development and application of artificial intelligence technologies.

“One of the positions we are going to fill will be somebody who is not just looking at technical standards, but who is an ethicist,” said Air Force Lt. Gen. Jack Shanahan, the JAIC’s director. “We are going to bring in someone who will have a deep background in ethics, and then the lawyers within the department will be looking at how we actually bake this into the Department of Defense.”

Speaking Aug. 30 at the Pentagon, Shanahan provided an update on the JAIC, where he’s been since January. He’d previously led Project Maven, an artificial intelligence machine-learning pathfinder project under the undersecretary of defense for intelligence.

The JAIC, Shanahan said, was stood up to “accelerate DOD’s adoption and integration of artificial intelligence to achieve mission impact at scale.” Just a year ago, he said, the JAIC had a skeleton crew, no funds and no home. That’s no longer true. Today, he said, it has about 60 employees, a headquarters and a budget. This year’s budget request, he said, was $268 million.

Nevertheless, he said, “we still have a long way to go to help bring pilots, prototypes, and pitches across the technology ‘valley of death’ to fielding and updating artificial intelligence-enabled capabilities at speed and at scale.”

Ongoing JAIC projects include predictive maintenance for the SH-60 Seahawk helicopter; humanitarian assistance and disaster relief, with an emphasis on wildfires and flooding; information operations; and intelligent business automation.

Shanahan said he sees the JAIC not just as a place to develop and push artificial intelligence capabilities to the field, but also as a “center of excellence” concept.

“Within that, our team is spending a lot of time working with Defense Innovation Board, but also just internally and with the service components on this question about the ethical use of AI, the safe use of AI, the lawful use of AI,” he said. “I would tell you that in 35-plus years in uniform, I have never spent the amount of time I am spending now thinking about the ethical employment of AI. We do take it very seriously. It is core to what we do in the DOD.”

One challenge in the development of AI for use by the United States is that potential adversaries don’t share the same ethical values the U.S. does when it comes to collection or use of information. Artificial intelligence systems are as smart as the data they have access to, Shanahan said, and China and Russia don’t have the same restrictions the United States has on data collection.

“The fewer restrictions they have on privacy and civil liberties gives them some advantages in getting data faster and then building capabilities faster as a result of what they have available in data,” he said.

Still, he added, it’s not a foregone conclusion that this is benefiting the Chinese or Russian militaries.

“Just the fact that they have data doesn’t tell me they have an inherent strength in fielding in their military organizations,” he said. “What’s important for us in the JAIC — as part of the department’s center of excellence for artificial intelligence — is really getting to the facts on what China and Russia are doing on the military side.”

Shanahan also said a potential advantage China has over U.S. AI development is its top-down directed integration between industry and government when it comes to developing AI to further national interests. That’s something that doesn’t exist in the United States, he said.

“If we don’t find a way to strengthen those bonds between the U.S. government, industry and academia, I would say we do have the real risk of not moving as fast as China when it comes to this,” he said. “It does give them a leg up. We have to work hard on strengthening the relationships we have with commercial industry and prove that we are a good partner and that they will be a good partner with us. We want to work with companies that want to work with us. It’s a two-way street. We want to get those relationships better.”