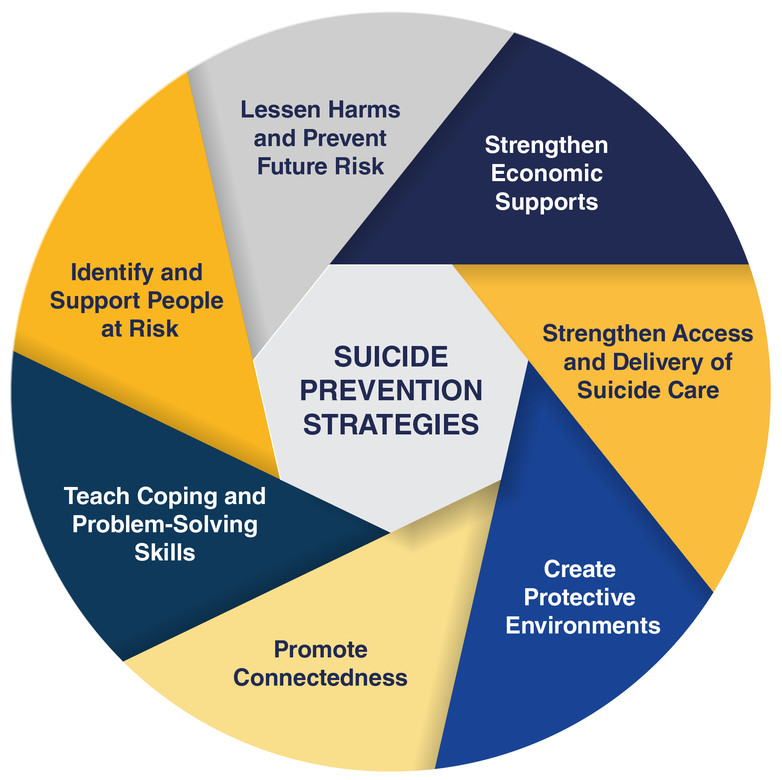 SEPTEMBER 27, 2019 – Defense Department officials have released a report focused on prevention and analysis of service member and family member suicides.

Van Winkle also explained how suicide rates within the military, a population that is younger and has more men than the nation’s overall civilian population, compares to a similar populations among civilians.

“While we hold ourselves to a higher standard than the civilian population, we are often asked how we compare,” Van Winkle said. “This year’s report indicates that suicide rates for active-component and reserve members are comparable to U.S. population rates after accounting for age and sex. But rates for the National Guard are higher than the U.S. population after similar adjustments.”

Although the suicide rate among military populations is comparable to broader civilian rates, Van Winkle said, this is hardly comforting, and the numbers are not moving in the right direction.

The report shows that suicide rates for family members, as for active and Reserve components, are comparable to civilian rates.

Karin A. Orvis, director of the Defense Suicide Prevention Office, said DOD “will focus on fully implementing and evaluating a multifaceted public health approach to suicide prevention, and we will target our military populations of greatest concern: young and enlisted service members, and members of the National Guard, as well as continue to support out military families.”

For young enlisted service members, Orvis said, the department will pilot an educational program to teach stress-coping skills and how to pass those same skills on to others.

Additionally, she said, the department will teach service members skills to identify suicide “red flags” on social media to help service members recognize how they can reach out to help others who might show warning signs.

The Suicide Prevention and Readiness for the National Guard, or “SPRING,” initiative will examine protective factors, risks and promising practices related to suicide and readiness in the National Guard, Orvis said, and DOD is partnering with the Department of Veterans Affairs to help guardsmen gain better access to mental health care.

“The department is committed to the well-being of our military families and ensuring families are best equipped to support their service members and each other,” Orvis said. “We will continue to pilot and implement initiatives forced on increasing family member awareness of risk families for suicide, to help our military community recognize when they are at risk so they seek help.”