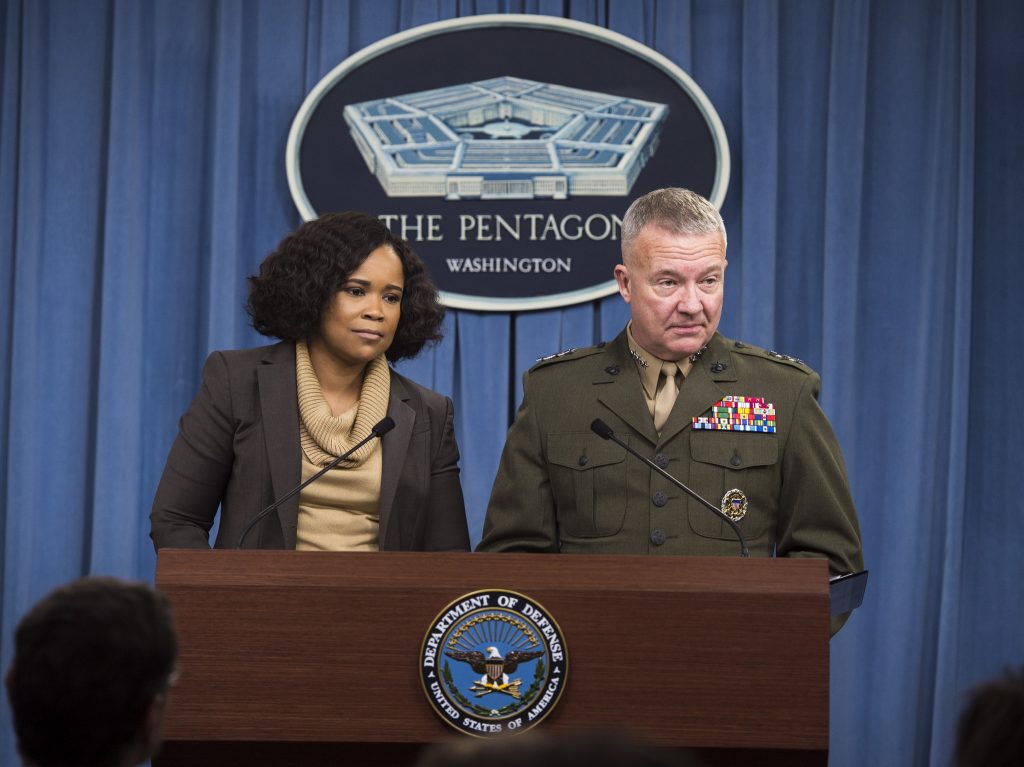 The act lifts the spending caps for fiscal years 2018 and 2019, allowing the department to climb out of a readiness trough and providing funding necessary to modernize the force.

“The bipartisan measure will allow Congress to appropriate DoD funds at the level requested … by the president for both F.Y. ’18 and ’19,” White said.

Hand-in-hand with this is the need for the department to be a good steward of taxpayer dollars, she said. This is one of Defense Secretary James N. Mattis’ top priorities.

“We want to maximize the value of every tax dollar we receive,” White said.

Congress still has some work to do. Right now, the department is still operating on a continuing resolution. The appropriations committees need to produce either individual bills for the departments or an omnibus bill covering the entire government. The deadline for this is March 23. If the bills are passed, the department will still have the time to obligate fiscal 2018 funds by the end of the fiscal year Sept. 30.

White also welcomed two senior officials who will be instrumental in ensuring the department spends its funds wisely: Jay Gibson, DoD’s first chief management officer, and third-in-command after the defense secretary and deputy defense secretary; and Mike Griffin, undersecretary of defense for research and engineering. “Their arrival marks the largest reorganization of the department since the 1986 Goldwater-Nichols Act, a key step in our reform efforts,” White said.

White also announced that the secretary will make his recommendations to President Donald J. Trump on transgender service members. She said she expects the president to make his decision known soon after.

“This is a complex issue, and the secretary is taking his time to consider the information he’s been given,” White said. “It’s an important issue, and again, he sees all of his decisions through the lens of lethality.”