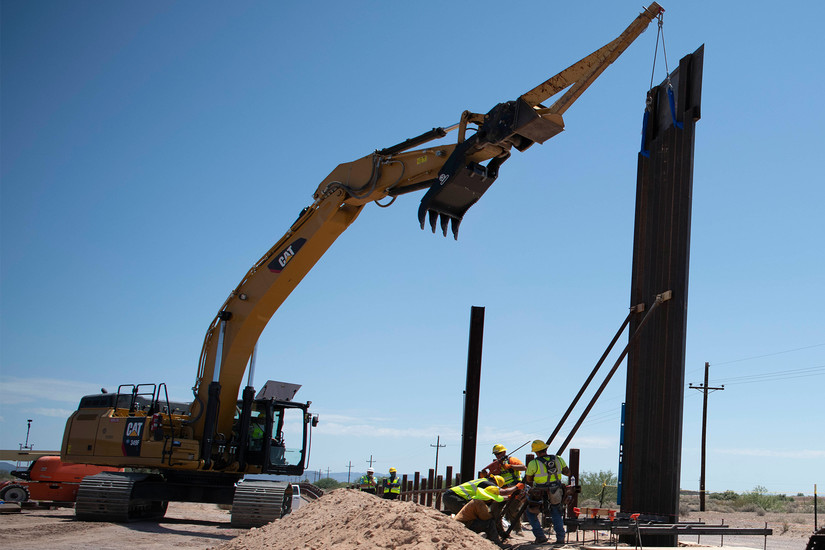 SEPTEMBER 5, 2019 – Defense Department officials say 127 military construction projects in both the United States and overseas will be deferred to free $3.6 billion for construction or augmentation of barriers along 175 miles of the southern U.S. border.

The Department of Homeland Security sent a list of prioritized border construction projects for DOD review in February, Jonathan Hoffman, assistant to the secretary of defense for public affairs, told reporters yesterday. DOD determined which projects were necessary to support the use of the armed forces in conjunction with the national emergency at the southern border, he said, and also determined which military construction projects could be deferred.

Hoffman said Defense Secretary Dr. Mark T. Esper “has determined that such construction projects are necessary to support the use of the armed forces, and, therefore, DOD will undertake 11 border barrier military construction projects on the southern border pursuant to section 2808 of Title X, U.S. Code.”

Family housing, barracks or dormitory projects were not considered for deferment, nor were projects that had already been awarded or those that were expected to be awarded during fiscal year 2019.

Kenneth P. Rapuano, the assistant secretary of defense for homeland defense and global security, said the 11 projects at the southern border involve strengthening or augmenting existing, less effective barriers, as well as installing barriers where none currently exist. The projects will enhance about 175 miles of the border, he added.

Hoffman said Homeland Security data shows that the number of resources needed to patrol an area “drops dramatically” where a border barrier has been completed.

He said construction of the border barrier will increase the efficiency and effectiveness of DOD forces supporting DHS’s border security mission. Over time, Hoffman said, border barrier construction may reduce the demand for DOD personnel and capabilities in particular areas. As additional barriers are built, and the current humanitarian and security crises changes, he said, DOD and DHS will continue to evaluate capabilities needed to support the DHS border security mission.

The construction and augmentation projects will happen on property owned by DOD or another federal agency, said Elaine McCusker, the Pentagon’s deputy comptroller.

Construction could begin on DOD-owned land within 130 to 145 days. The start of construction on other property will have different timelines, she said.

Hoffman said that DHS, DOD and the Army Corps of Engineers are moving as expeditiously as possible.

“They have been going through the planning, the permitting process, and the [engineering] process to begin the projects,” Hoffman said. “So, the goal is to move out as quickly as possible.”

Yuma Project 2 ($40M): Replacement of one segment of primary pedestrian fencing on the Barry M. Goldwater Range starting 2.5 miles east of Border Monument 198 and extending east to Border Monument 297, for a total of approximately 1.5-2 miles.