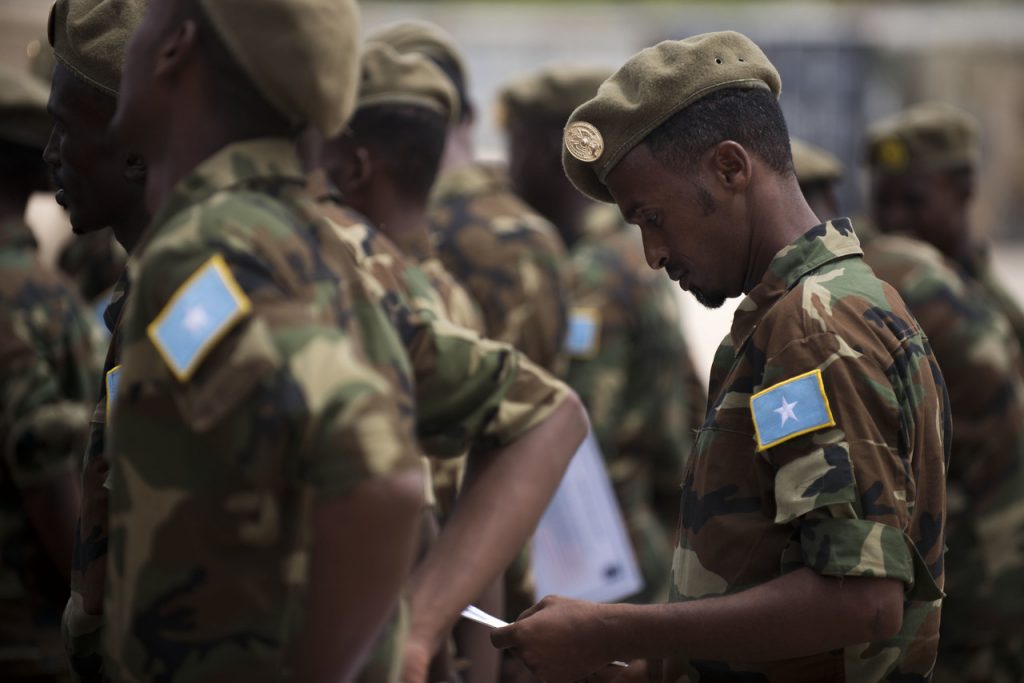 MARCH 20, 2019 – Allegations by a human rights group that U.S. Africa Command is responsible for civilian casualties in Somalia are not correct, Defense Department officials said.

Amnesty International released a report alleging that five Africom-directed airstrikes in 2017 and 2018 resulted in civilian casualties.

The human rights group gave Africom the report before releasing it. The initial report alleged eight instances of civilian casualties. In three of those allegations, a DOD official speaking on background said, Africa Command had no aircraft that could have been involved.

“We appreciate Amnesty’s efforts to allow us to contribute to the report prior to its publication,” the official said, “but we really do believe the report does not accurately reflect Africom’s record in mitigating civilian casualties.”

Extraordinary Precautions
The command — like all American military units — takes extraordinary precautions to avoid civilian casualties, the official said, adding that this is the morally right thing to do. It also plays out in operations, as indiscriminate bombing or mistakes can lead to creating more enemies, not fewer, the official noted.

“We exercise restraint as a matter of transparency,” the official said. “We work with all information reasonably available at the time prior to taking any decision to apply lethal force against al-Shabab in support of Somali partners.”

Africa Command launches airstrikes in coordination with the Somali government. The strikes are directed against al-Shabab — a murderous terror group that has affiliated itself with al-Qaida. The strikes defend the Somali people against these violent groups and have eliminated more than 800 al-Shabab terrorists in 110 airstrikes since June 2017, the official said.

Strict Parameters
The parameters for command airstrikes are that they must be in secluded, low-populated areas, and all must comply with the laws of armed conflict. Strike planners take all feasible precautions to minimize civilian casualties. “Our procedures — combined with precision-strike capabilities, weaponeering and 18 years of amassed battlefield experience — help us safeguard civilians and civilian infrastructure,” the official said.

The command conducts post-strike analyses, which include intelligence sources and methods not available to nonmilitary organizations, the official said.

Al-Shabab has lied before, claiming civilian casualties where none occurred, or where the group itself was responsible, defense officials said. Al-Shabab also uses civilians and civilian homes and businesses as shields for their efforts, they added.

“Continuing pressure on the al-Shabab network in coordination with Federal Government of Somalia and partner forces has resulted in real, incremental change to the security for the Somali people,” a defense official said. “In the last couple of years, Somali forces have liberated territory in the lower Juba River Valley, allowing more than 1,000 displaced families to return, bringing back economic growth and a stable way of life.”

Success Breeds Success
Airstrikes continue to be needed, officials said. Meanwhile, Somali government forces are making incremental progress in their ability to take the fight to the enemy and their ability to generate forces.

“Success breeds success, and as Somali national government forces and Somali regional member state forces have shown the ability to increasingly to cooperate on the battlefield that becomes an attractive proposition for the federated member states to get Somali national forces alongside them on the battlefield,” a defense official said. “It provides them additional capability. It provides them connection to the federal government.”

On any given day, between 500 and 600 U.S. service members are serving in Somalia, officials said.