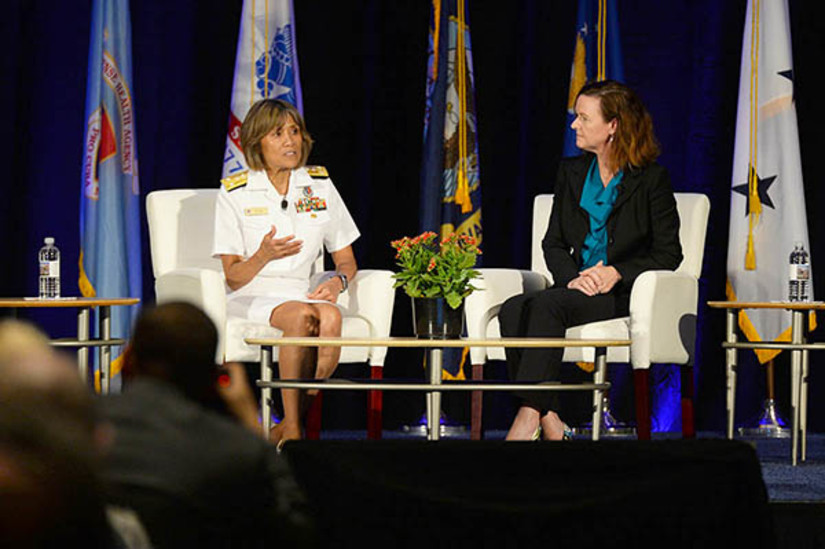 JULY 26, 2018, Washington D.C. – The Military Health System is looking how to best incorporate feedback as it advances with the deployment of the new electronic health record system called MHS GENESIS, the director of the Defense Health Agency said.

“We need to continue with our forward momentum,” Navy Vice Adm. Raquel C. Bono told reporters in a conference call that followed a discussion about the new system at the 2018 Defense Health Information Technology Symposium held July 24-26 in Orlando, Florida.

Bono acknowledged there have been areas where adjustments were needed. She stressed the importance of having a system that is secure. Feedback will be used to improve the system, she noted.

“We are a large government organization undertaking a critical strategic project,” Bono explained. “It’s important that we embrace our heritage as a learning organization.”

Three of the sites are in California. They are Naval Air Station Lemoore, Travis Air Force Base and Army Medical Health Clinic Presidio of Monterey. One site is in Idaho — Mountain Home Air Force Base.

Eventually, MHS GENESIS will provide a single electronic health record for each of the 9.4 million MHS beneficiaries, and will be used by about 200,000 providers at 1,200 sites, according to the DHA.

“Feedback from our frontline users is most important, but input from [initial operational test and evaluation], Congress, consultants, the media and our patients are both to be expected and welcomed,” Bono said, adding, “It’s how we plan to get better.”

She explained, “We’re getting a lot of input and feedback right now; we need to process it calmly and in a measured way and keep moving forward with confidence and conviction in the path we’ve selected.”