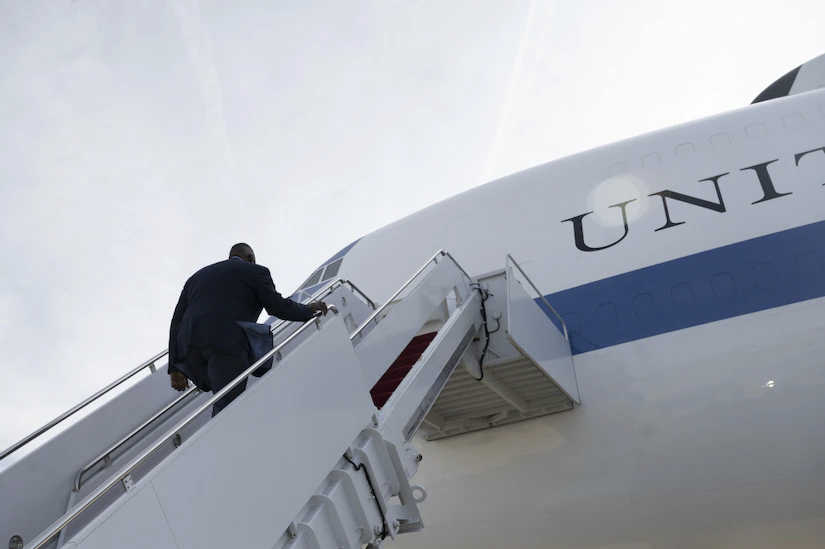 MARCH 15, 2021 – Secretary of Defense Lloyd J. Austin III’s trip to the Indo-Pacific region is all about alliances and partnerships, he told reporters traveling with him.

America’s network of alliances and partnerships is an asymmetric advantage. Austin and Secretary of State Anthony J. Blinken will visit Japan and South Korea.

“As a country [we] have more alliances than any other country in the world, more partnerships than any other country in the world,” Austin said as the jet he was riding in approached Hawaii. “They give us a lot more capability and so one of the big things the Secretary of State and I want to do, is begin to strengthen those alliances — great alliances, great partnerships to begin with.”

Both Japan and South Korea are treaty allies of the United States.

The visit will be about listening and learning, the secretary said. He and Blinken want to understand how the allies see things in the region with an eye towards increasing regional stability. “So I’m looking forward to engaging the leadership in each of the countries,” he said.

Austin will also discuss enhancing capabilities with Japan and South Korea. “China is our pacing threat,” he said. “Our goal is to make sure that we have the capabilities and the operational plans and concepts to be able to offer credible deterrence to China or anybody else who would want to take on the U.S.”

As the United States focused on the Middle East for the last two decades, “China has worked to build a modernized military capability,” the secretary said.

The U.S. competitive edge has eroded. “We still maintain the edge and we’re going to increase the edge going forward,” he said.

This is the first trip of both Austin and Blinken out of the country. The fact that this trip is to Asia is meant to reassure allies of America’s commitment to the region.