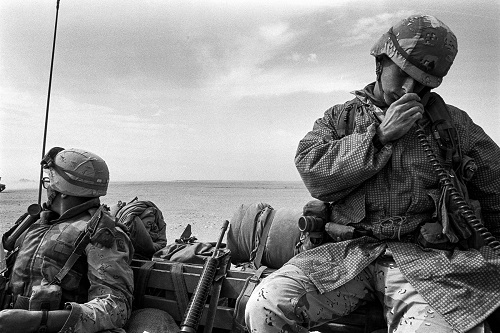 OCTOBER 31, 2016, MONTEREY, Calif. – The Defense Language Institute Foreign Language Center at the Presidio of Monterey, California, celebrates its 75th anniversary this year as the provider of culturally based foreign language education, training and sustainment for the Department of Defense since 1941.

“Time and time again, the nation’s leadership — military or civilian — must make informed decisions that rely on insight provided by a professional military linguist somewhere in that decision cycle,” said Col. Phil Deppert, the current commandant at the Institute.

“Thankfully, those that preceded us at DLIFLC had the vision, foresight, instinct and agility to transform themselves and the institute to respond to our Nation’s needs.”

A multitude of celebration events are scheduled for early November. The Black Daggers, the official Army Special Operations Command parachute demonstration team, will jump into Soldier Field at the Presidio for the Hall of Fame induction ceremony Friday.

“This is actually a dream. I get to go back not only as a member of the Special Operations Command but as a linguist representing the Army,” said Master Sgt. Sunnydale Hyde, a DLIFLC graduate and member of the Black Daggers.

The Hall of Fame induction ceremony will take place to honor those persons who have contributed significantly to language training, use thereof, or policy contributions within the Department of Defense. On Saturday, an anniversary ball will take place to celebrate the extraordinary efforts of its students, instructors, staff and alumni throughout the years.

The Institute’s roots were established on the eve of World War II. Considering the strained relations between Japan and the U.S., a small group of officers with previous tours of duty in Japan recognized the need for an intelligence unit that would be able to understand the Japanese language.

With this intent, 75 years ago in November 1941, this group of officers founded a small school in an abandoned airplane hangar at the Presidio of San Francisco. Over time, that school grew to become the Defense Language Institute Foreign Language Center.

“Men and women from all corners of the war-torn world answered the call to build a unique language academy in Monterey encompassing all the major languages of the world,” said Dr. James McNaughton, DLIFLC command historian in October 1989, about the buildup of the Institute’s language programs in the years that followed World War II.

Through the years the name has changed numerous times. Beginning as the 4th Army Intelligence School, the name changed to the Military Intelligence Service Language School. When the school relocated to Monterey it became the Army Language School. Finally, it became the Defense Language Institute in 1963. This name change consolidated the Army, Navy, and Air Force language programs into a single, integrated system managed by the Army. The mission, however, has always remained the same: provide critical language training at the point and time of need.

This was evidenced as the U.S increased the number of troops hitting the ground in Vietnam. During the war, some 20,000 personnel studied Vietnamese at DLIFLC. Again, at the start of the Gulf War, the Institute was praised for its quick responsiveness to requests from the field for Iraqi dialect training and materials.

“On the first day of the ground invasion, our troops entered Iraq unopposed as thousands of Iraqi conscript soldiers simply surrendered. I think we saved countless lives that way,” said Sgt. Maj. James Southern, provost Sergeant Major at the Institute. Southern served as an Arabic linguist in the Gulf War, and he and other linguists convinced Iraqi conscripts to allow U.S. troops to pass into Iraq.

Today, DLIFLC continues to meet the language needs of the joint force worldwide and the greater DOD community. Resident instruction is provided in 23 languages at the Presidio of Monterey with the capacity to instruct another 65 languages in Washington, D.C., graduating more than 220,000 linguists since 1941. In addition, multiple language training detachments exist at sites in the U.S., Europe, and Korea, spanning all the U.S. geographic combatant commands in support of the total force.

“DLI is about shaping the next generation of not only our service members but our country overall,” said Deppert. “Those of us who have been around for more than a couple of days realize and understand that, if we want our services and our country to sustain itself, then we have to give it our time and energy, and focus on shaping the next generation through these service members.”