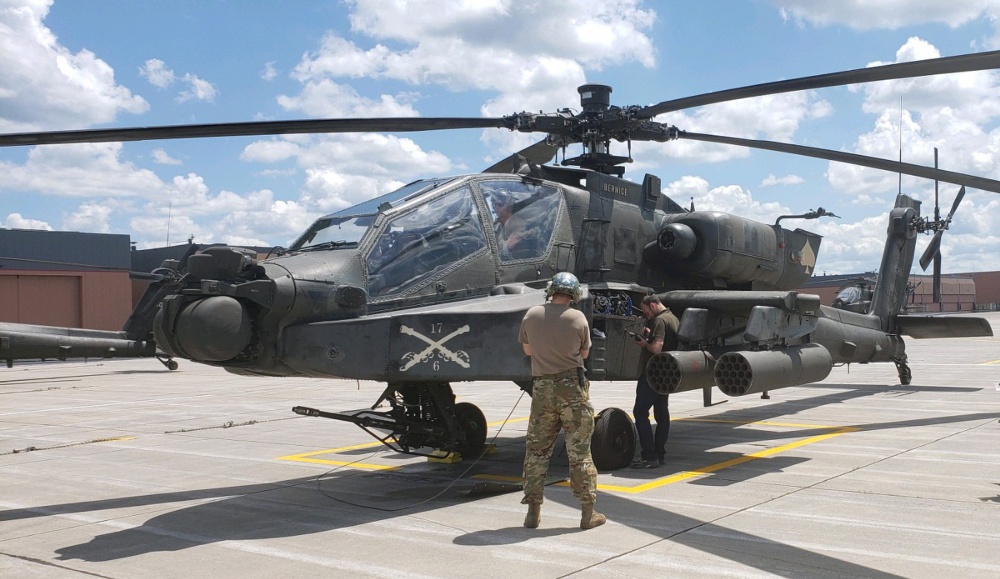 Two technicians volunteered to travel north to repair transponders in several aircraft recently transferred to the 10th Mountain Division’s 10th Combat Aviation Brigade. Within 72 hours of notification the team was back at the depot — all aircraft restored to mission capable status.

“There were a lot of people involved in making sure this mission was successful,” said Electronics Mechanic Leader Brett Bellas. “New batteries were built on short notice, and communications security personnel made sure we had everything we needed prior to departure.”

A transponder is an electrical device designed to receive a specific signal and automatically transmit a specific reply. When used in aircraft, transponders help distinguish friendly forces from the enemy.

Fort Drum helicopters were used to transport Bellas and Electronics Mechanic Leader Jason Kilmer to Upstate New York and back. The team was able to apply years of experience performing similar work at locations around the world to complete the repairs in four hours.

“The customer was very happy with the results of the mission,” Kilmer said. “We were able to fly there and do what needed to be done [make the aircraft mission capable] all in one day.” Kilmer also commended leaders at all levels for their support of the mission.

Bellas and Kilmer are assigned to the Transponder Branch. The technicians said they are proud to play such a vital role in keeping the helicopters flying and supporting the warfighter.

“We get to see [up close and personal] the importance of what we do and how it affects the military members in the field,” Bellas said. “It’s our way of paying it forward.”

Tobyhanna continues to focus on supporting the warfighter how and where that support is most needed, Carson added.

The speed at which employees react to the warfighter is what sets Tobyhanna Army Depot apart, according to Jody Oustrich, C4ISR Directorate director. The customer called stating they had non-mission capable aircraft and 36 hours later the team was in a helicopter flying to Fort Drum to conduct repairs and upgraded software, he added.

“We were able to complete this mission in half a day and restore all of the aircraft to full- mission capable. Brett and Jason did an outstanding job executing the mission. Employees like them exemplify the Army’s value of selfless service.”