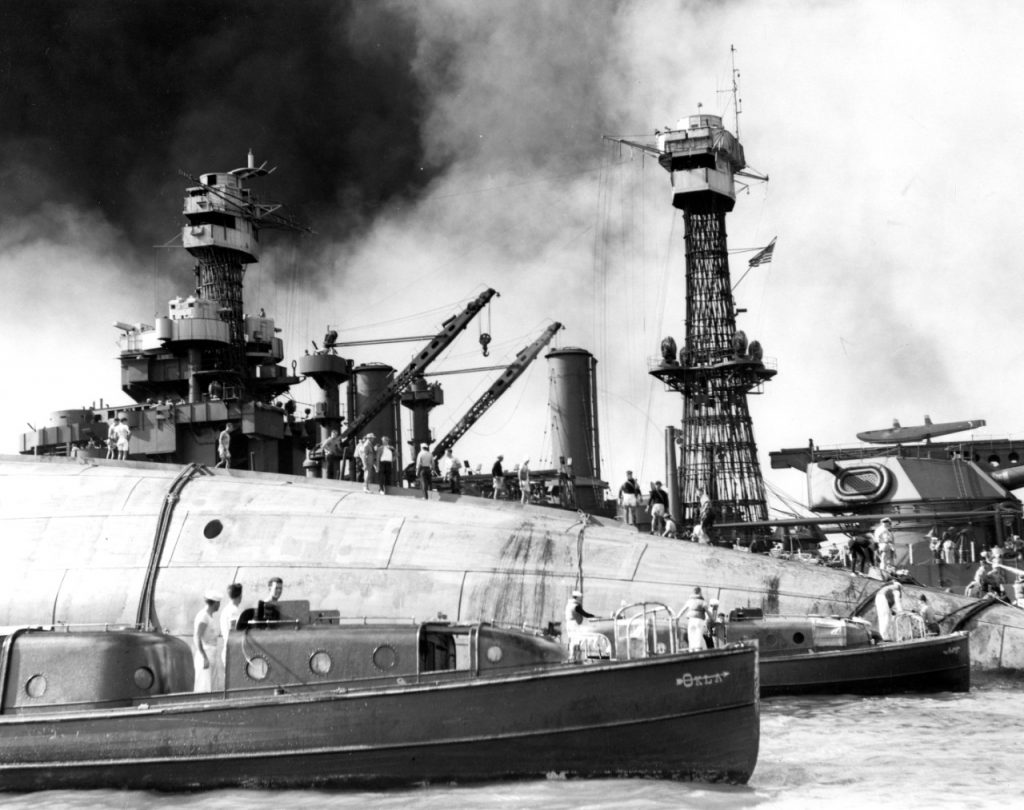 DECEMBER 7, 2020 – The hum of the engines of 353 Japanese fighter, bomber and torpedo planes echoed through the skies as they moved in two waves from their six aircraft carriers: their mission, to prevent the U.S. Pacific Fleet from intervening in their military plans to take action against Southeast Asian territories of the United Kingdom, the Netherlands and the United States. Thousands of unsuspecting Americans attended to their duties at the naval base of Pearl Harbor that day, unaware of the nightmare that would soon befall them. The crescendos of the propellers and the whistling in their ears from the bombs being dropped were the only true warnings the Americans had before the base around them began to be torn apart by the attack.

In the early morning of Dec. 7, 1941, the Imperial Japanese Navy conducted a military strike on the naval base of Pearl Harbor, resulting in one of the most shocking events in American history. There were eight sunk or damaged U.S. Navy battleships in addition to three cruisers, three destroyers, an anti-aircraft training ship, one minelayer and 188 U.S. aircraft. Americans lost 2,402 lives while 1,282 were left injured; the Japanese had only 65 casualties and 29 aircraft and five midget submarines lost.

The majority of lives lost during the attack were due to the detonation of USS Arizona’s (BB-39) front magazine, resulting in 1,177 deaths alone. A Pennsylvania-class battleship, Arizona began construction in 1914 at the New York Navy Yard. It first launched on June 19, 1915, leading on to train in Chesapeake Bay before joining naval forces in British waters. Arizona served in the Atlantic, Caribbean and Mediterranean until being transferred to the Pacific in 1921.

In July 1929, Arizona pulled into Norfolk Naval Shipyard for a full modernization including its weapon systems and armor which spanned the next 20 months.

Arizona escorted both President Woodrow Wilson to France and President Herbert Hoover to the West Indies during its time away from the Pacific Fleet. The battleship returned to Pearl Harbor Navy Yard on Feb. 3, 1941 and underwent a brief overhaul there beginning Oct. 27.

On the day of the attack, Arizona was targeted by eight Japanese bombers and a torpedo plane, which hit the ship with the modified 40 cm (16 in.) shell that ultimately determined its fate.

The ship was sunk to the depths of the ocean. The U.S. Navy dedicated the USS Arizona Memorial in 1962 to those who died during the Pearl Harbor attack.

The attack on Pearl Harbor was a shocking moment in American history and ultimately led to the United States entering World War II; the following day, the United States declared war on Japan. The lack of a formal warning led President Franklin D. Roosevelt to proclaim his historic quote, “a date which will live in infamy.” Though 79 years have passed, those who had lost their lives are still remembered.

How Much Do You Know?
Test your knowledge about the Dec. 7, 1941, attack on Pearl Harbor, Hawaii, that took American lives and led the United States into World War II. Take the Quiz.

This year’s Pearl Harbor Day Commemoration’s theme, Above and Beyond the Call, represents a milestone of its own, as the first December 7 commemoration to follow the nationwide commemoration of the 75th anniversary of the end of WWII. This year’s ceremony will focus on Battlefield O`ahu. Though the Japanese Empire focused on the destruction of the Pacific Fleet in Pearl Harbor, the attack encompassed the entire island with assaults on Army and Marine aviation bases as well as civilian facilities. The experiences of the soldiers, Marines, Coast Guardsmen and sailors defending O`ahu, as well as the civilians caught in the crossfire, would exemplify courage under fire and perseverance. Their spirit at the beginning of the long crucible of war would frame the template for the securing of victory and peace.