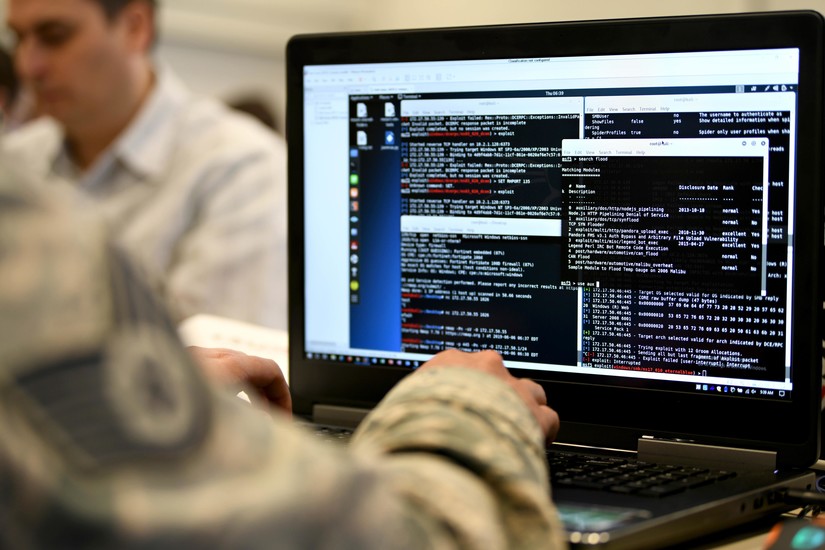 JULY 23, 2019 – It takes days to move a battle carrier group around a region, but ones and zeroes can be moved instantaneously, said Army Lt. Gen. Robert P. Ashley Jr., speaking of the threat cyberwarfare has on the military and civilian infrastructure that he said keeps him up at night.

Ashley, director of the Defense Intelligence Agency, talked about the emerging threats at the Aspen Security Forum in Aspen, Colorado.

A number of nations are very actively engaged in nefarious cyber activities in areas like supervisory control and data acquisition, and industrial control systems, he said, that could severely disrupt the power grid, banking, water, electricity, natural gas and transportation to millions of people.

In fact, anything that touches the internet is at risk, he said, and that’s a national security concern.

When asked if DIA shares cyberthreat intelligence with U.S. nonmilitary entities, he said yes, but would not elaborate any further on the mechanisms for doing this.

For many years, the U.S. held a military advantage over potential adversaries, but in some areas, that advantage has eroded.

Although Ashley declined to say which areas those were, he provided a checklist of areas of concern.

The space domain is of particular concern, he said, with satellites being vulnerable to anti-satellite weapons. Position, navigation and timing, communications, meteorological data, and missile early warning systems, all rely on satellites, he said.

Artificial intelligence, machine learning and advanced analytics are other areas that shows signs of promise as well as vulnerability for America. The U.S. military is looking to build a machine assisted analytic rapid repository system over the next couple of years to replace the 1996-era modern integrated database, which is the foundation of all intelligence storage, he noted.

The idea with AI is to automate functions laboriously done by humans and allow humans to do the things machines are not as good at.

And finally, another area that will figure prominently in future warfare is quantum encryption, quantum computing, quantum sensing, and quantum communications, he said. The Chinese are making huge investments in this disruptive technology and expect it to mature within a decade.

Regarding the Chinese, which he said is a long-term threat, they expect to reach parity with the U.S. military by the middle of this century.