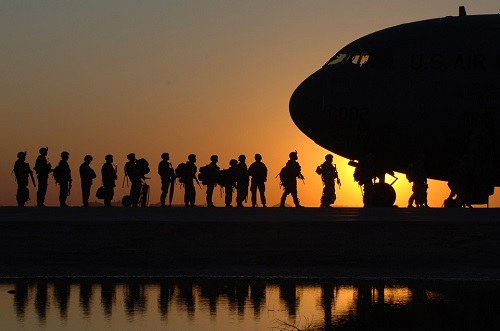 MARCH 16, 2017, ARLINGTON, Va. (NNS) – Think of military-themed multiplayer games, and first-person shooter successes like “Call of Duty” or “Halo” likely come to mind. On March 27, however, the Office of Naval Research (ONR) will sponsor the launch of a different kind of multiplayer futuristic online wargame, hoping to recruit a community of more than 1,000 players to collaborate on solving real-world problems facing the U.S. Navy.

Interested players can enroll at http://mmowgli.nps.edu/singularity/signup. The game can run in any web browser on a personal computer or laptop.

“Technology has advanced to the point that we can see the Singularity on the horizon,” said Dr. Eric Gulovsen, ONR’s director of disruptive technology. “What we can’t see, yet, is what lies over that horizon. That’s where we need help from players. This is a complex, open-ended problem, so we’re looking for people from all walks of life — Navy, non-Navy, technologist, non-technologist — to help us design our Navy for a ‘post-Singularity’ world.”

During the game, players can post ideas and interact with each other to build, counter, debate, redirect or call for further expertise. Ideas which prove especially popular and achieve a critical mass can be elevated to action plans for further development or adoption.

Singularity is only the latest topic tackled by MMOWGLI since it first launched in 2011. Past games focused on combating piracy off the coast of Somalia, reducing the Navy’s reliance on fossil fuels, and streamlining the acquisition process.

“MMOWGLI was designed to identify solutions to difficult challenges by tapping into the intellectual capital of a broader community,” said Garth Jensen, director of innovation at Naval Surface Warfare Center, Carderock Division; project lead. “It can be applied to any scenario.”

“We mainly want to understand what occurs when your insights merge with the observations and actions of another player,” he continued. “Will that combination yield a game-changing idea or solution, or will the MMOWGLI platform teach us something about our traditional thought processes?”