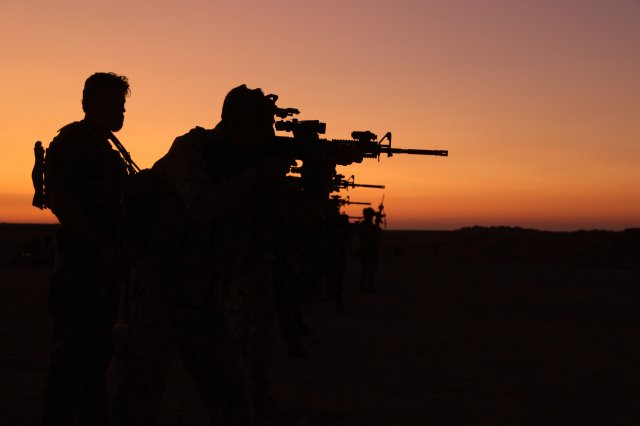 OCTOBER 22, 2019 – Soldiers could be working more closely with the Air Force in the near future.

As the U.S. military looks to maintain its strategic advantage over near-peer adversaries Russia and China, convergence among the Army and Air Force has quickly become a tenet of the multi-domain concept, a senior Army leader said Oct. 15.

“What I think we’re finding … in terms of our experiences in war games with our Air Force counterparts, is there’s an increasing mutual dependence on the capabilities in order to establish, regain or maintain air superiority,” said Lt. Gen. Eric Wesley, Army Futures Command deputy commander during an Association of the U.S. Army Annual Meeting and Exposition panel.

Russia and China present notably different strategic challenges, Wesley said, and both have engaged in what leaders have called multiple layers of standoff in a contested multi-domain battle space. In order to combat those potential deadlocks, Wesley cited as an example, the Air Force’s F-35 Lightning II combined with the Army’s long-range precision fires and lower earth orbit satellites could create a capability that peer adversaries cannot match.

“That allows you to control the air through mutual supported effort with convergence,” Wesley said.

“That multi-domain activity [could create] convergence of fires at a time and place of our choosing,” said Air Force Maj. Gen. Michael Fantini, director of the Air Force’s warfighting integration capability. “We want to do that at a scale and speed that we’ve not seen in the past.”

In recent months, Army leaders have discussed the possibility of greater joint efforts in combat operations to effectively compete with near-peer adversaries. Wesley has met with Fantini during the past year to discuss how convergence among the two services can strengthen the joint force.

“When you look at space, air (and) cyber capabilities, and the ability to see to that from a large perspective … and the same with foundational nuclear deterrence, you can’t wish that away,” Fantini said. “Those foundational capabilities that are afforded to the joint force are not inconsequential in our society. … I think we need to have a more thoughtful engagement strategy and execution strategy on exactly how we execute in the grey zone.”

“The battlefield that we envision is so hyperactive, I would argue there’s still going to be things that are unknown and unknowable,” Wesley said. “A battlefield that is as hyperactive as we describe will require us to leverage mission command on a scale that our generation has never seen.”

In order to achieve victory, Wesley said the U.S. must maintain its competitive edge, or the status quo, and the Army must continually adapt to the changing battlefield.

Wesley identified three objectives for victory in the competitive battlespace: The Army must counter conventional warfare and cyberattacks. The Army has placed a greater emphasis on shoring up its cybercapabilities, assigning special defense cyber teams including those of the National Guard. The second is operational preparation of the environment. For the third, Wesley said the Army must demonstrate deterrence.

“If you want to win a very rapid conflict … you have to be actively engaged in identifying the overall battle of your opponent every single day,” Wesley said.