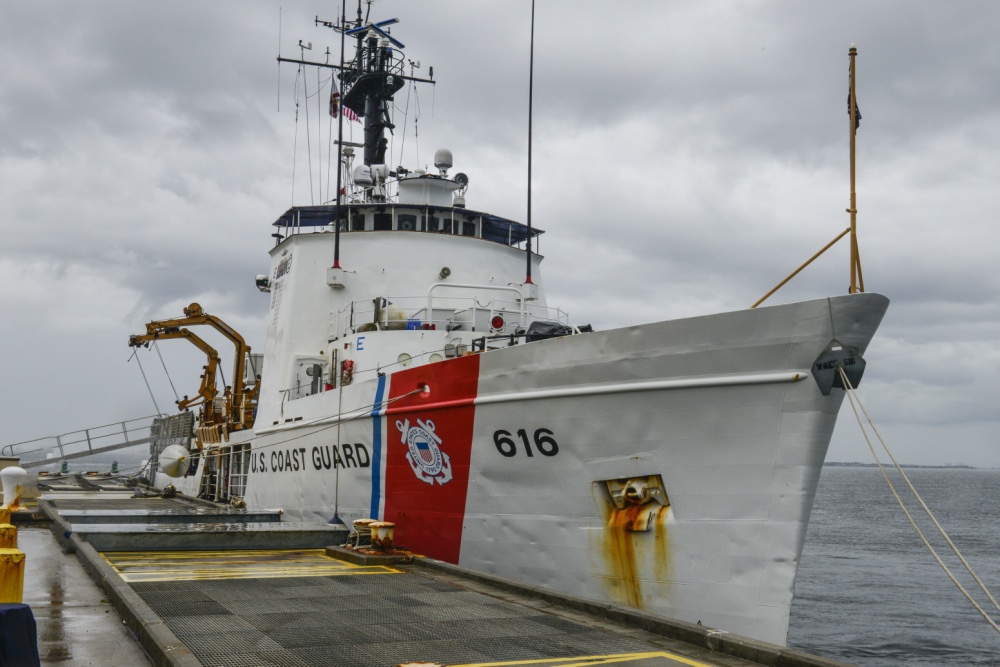 JULY 28, 2020 – The crew of the U.S. Coast Guard Cutter Diligence arrived at their new homeport onboard Naval Air Station (NAS) Pensacola, Florida, on Monday, July 27, after a 64-day patrol in the Caribbean. The Diligence performed Counter Drug, Search and Rescue, and Alien Migrant Interdiction Operations in support of Coast Guard District Seven.

On May 25, the Diligence began its patrol after departing Wilmington, North Carolina, for the last time after spending the previous 28 years homeported on Wilmington’s historic downtown Riverwalk, along the bank of the Cape Fear River. Today marked the completion of the third homeport shift for the Diligence throughout its service history.

“We’re really excited about having the Diligence and its crew here,” said Capt. Tim Kinsella, commanding officer of NAS Pensacola. “The Coast Guard has been here (on base) for a long, long time, and this is just one more way we can continue to solidify our relationship with them.”

The Diligence patrolled the Windward Pass between Cuba, the Bahamas, and Haiti alongside interagency and international partners to prevent and respond to dangerous illegal maritime migration and narcotics smuggling from Central and South America. After receiving 17 suspected drug smugglers, 7,500 lbs. marijuana and 1,000 killograms of cocaine apprehended by other Coast Guard assets, Diligence orchestrated successful transfers of the personnel and contraband to U.S. and Jamaican Defense Force authorities for prosecution.

The Diligence also completed necessary shipboard training to maintain qualifications and operational readiness during a summer period that featured an approximate one-third turnover of the ship’s crew.

“The Diligence’s departure from Wilmington was bittersweet, but we look forward to starting the next chapter of the Diligence’s long and storied history in Pensacola, Florida,” said Cmdr. Luke Slivinski, commanding officer of the Diligence. “The crew’s commendable professionalism and proficiency enabled the Diligence’s successful patrol execution amidst the challenges posed by the global COVID-19 pandemic.”

Once on the pier, Slivinski met with Kinsella and they spoke with gathered media about the relationship between the Navy and Coast guard as well as the future of the Diligence in Pensacola.

“It’s exciting to be mooring up to Pensacola for the first time and be able to call it our home,” said Slivinski. “We can’t thank the community and Naval Air Station enough to help make this day possible.”

“We’re partners in the sea services,” said Kinsella. “It’s a great partnership that’s been here for a long time and we’re excited to continue it.”