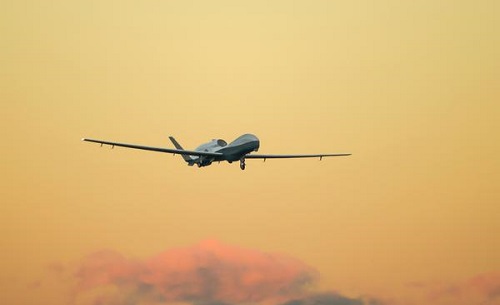 Since the strategy’s release last year, the command has continued to innovate and maintain its role as the Navy’s leader in unmanned systems operations, collecting environmental data that directly supports submarine, mine, special operations and expeditionary warfare.

“As the Navy looks to our competitors who are increasingly capable, the value of understanding the physical environment and exploiting it has taken on an even greater imperative in maintaining our advantage,” said Gallaudet.

For more than 20 years, Naval Oceanography, operating more than 100 unmanned systems, has collected information from more than 250,000 miles of physical battlespace so that naval and joint commanders can make better decisions faster than the adversary. The Naval Oceanography Unmanned Systems Strategy allows the planned growth of those capabilities to collect environmental information for warfighting, while sharing the community’s two decades of experience with other unmanned systems stakeholders.

Gallaudet cited numerous examples of his command’s expanded unmanned systems use and innovation over the past year. This included the first UUV deployment from a SEAL Delivery Vehicle, successfully demonstrating the use of unmanned systems to collect shallow water bathymetry, and a multi-domain capability in which operators established a communication relay between an underwater vehicle and an aerial vehicle for over-the-horizon targeting.

The Navy’s rapidly expanding use of unmanned systems also necessitates increased testing and training capabilities, Gallaudet said. To that end, the command is developing a Navy range complex along the Mississippi Sound that is instrumented for expeditionary, hydrographic and interoperability testing and training in deep water, littoral and riverine environments.

The command has also partnered with the University of Southern Mississippi for an unmanned underwater systems certification program that will ensure its pilots, scientists and technicians are qualified to operate and maintain the systems.

“These systems allow us to better characterize the environment that is so critical to our undersea warfare advantage, and we look forward to doing more of that in the future,” Gallaudet said.