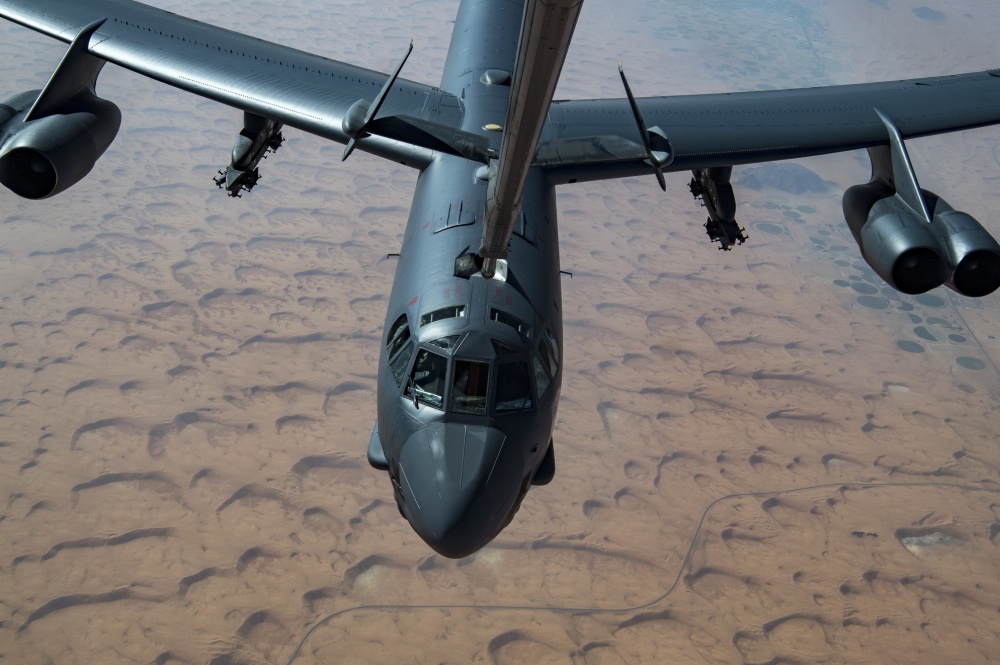 The squadron was initially scheduled to deploy at the end of January, but the notification came much sooner.

“The time from official notification to our first jets departing from Barksdale Air Force Base, Louisiana, was 26 hours, making it one of the fastest-ever B-52 deployments,” said Maj. Johnathan Radtke, director of operations for the 20 EBS.

Arriving to the CENTCOM AOR on Jan. 7, 2020, the 20 EBS was assigned to the 379th Air Expeditionary Wing at Al Udeid Air Base, Qatar but operated out of Diego Garcia, an island in the Indian Ocean that is more than 1,000 miles from land.

Flying combat operations from a remote island presented the 20 EBS with unique challenges to overcome, from logistics to communication.

“We had to plan so disruptions in the supply chain wouldn’t affect operations,” he said.

The 20 EBS overcame these challenges and began flying operations shortly after arriving at Diego Garcia.

“Shortly after our arrival at Diego Garcia, our mission supporting CENTCOM’s regional security objectives focused on the fight in Afghanistan while maintaining a response to Iranian aggression,” said Radtke. “The B-52’s role as a long-range strike platform was proven daily, supporting operations and combatant commands. In terms of capability, no other asset brings an equal weapons load or reliability.”

While deployed, Airmen with the 20 EBS flew more than 90 sorties and 1300 combat hours, meeting the goal of 100 percent air tasking order generation.

“The deployment was a huge success for the operations and maintenance team,” he continued. “Every Airman improved and developed as tactical leaders.”

“The 20 EBS was called on by combatant commanders to deliver air superiority and deter adversaries,” said Col. Walters, 379th Expeditionary Operations Group commander. “They did a tremendous job executing critical missions with our partner nations and allies.”

As part of CENTCOM and U.S. Air Forces Central Command, the 379th Air Expeditionary Wing delivers airpower to provide deterrence and stability throughout the AOR.