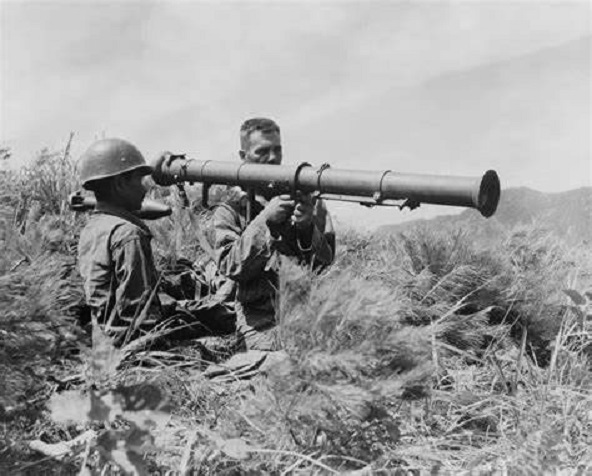 AUGUST 24, 2021 – On June 25, 1950, North Korean forces went across the 38th parallel into South Korea. Five days later, U.S. President Harry S. Truman ordered the U.S. Eighth Army under the command of Lt. Gen. Walton Walker to the peninsula to push the invaders back across the border.

However, the Eighth Army would have difficulty achieving this mission. One of the reasons for this was that the Soviet Union had supplied the North Korean Army with Soviet T-34 tanks, and the United States’ World War II-era Soldier-carried anti-tank weapons, informally known as the bazooka, were not capable of penetrating the T-34s armor.

Production of this weapon began towards the end of World War II when the success of the German Panzerschreck or tank scare, necessitated a complete redesign of the Bazooka. The Arsenal continued to produce the M20 throughout the remainder of the decade.

This enabled RIA to send its first shipment of Superbazookas 13 days after the Korean War started. Over the next year it would produce 750 more.

“The M20 was superior to its predecessor to its predecessor in several aspects,” said George Eaton, then-historian with the U.S. Army Sustainment Command here, during an Arsenal History minutes segment for local Public Television, which aired on June 14, 2015. “Its improved warhead could penetrate double the armor of the World War II model. It was easier to handle in the field due to its two-piece assembly and the improved site improved accuracy and range.”

The development of the weapon that would become known as the bazooka began during World War I when Dr. Robert Goddard designed a tube-fired rocket. It was successfully demonstrated at Aberdeen Proving Ground, Maryland, on Nov. 6, 1918. However, the Armistice ending “the war to end all wars” five days later put a halt to the project.

In 1942 as the U.S. fought Germany in North Africa, it became necessary to develop a weapon that could pierce German tanks. Rifle grenade launchers like the M1, M2, the M7 and the M8 were used but they were not completely effective as an anti-tank weapon.

That same year, Lt. Edward Uhi was given the task of developing a delivery system for the grenade. He came up with the idea of putting a tube on a Soldier’s shoulder with the rocket inside.

Uhi’s tube design would give the rocket launcher its familiar name.

While conducting testing on a prototype at Aberdeen Proving Ground in May 1942, the rocket launcher, equipped with sights made with a wire coat hanger scored several hits on a moving tank. An observer commented that the launcher, “looks like Bob Burns’ bazooka”. 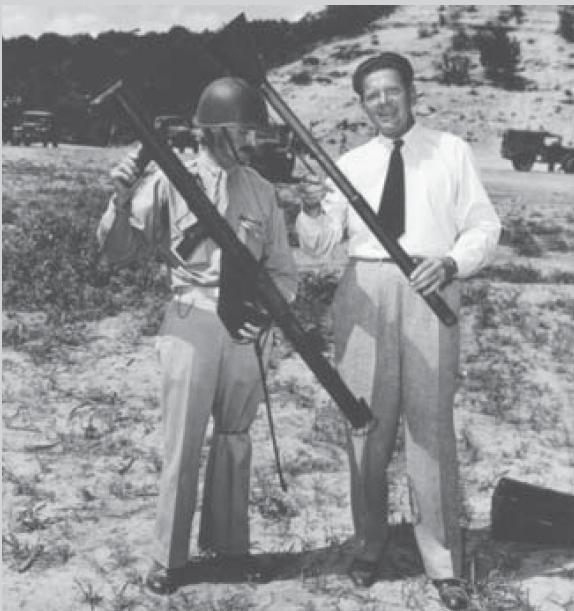 Bob Burns was a popular comedian at the time who played a novelty musical instrument made from a stovepipe and a whisky funnel that he called a bazooka.

Bazookas would be produced throughout the 1950s and early ‘60s. However due to the nature of the Vietnam War they were not used in that conflict.