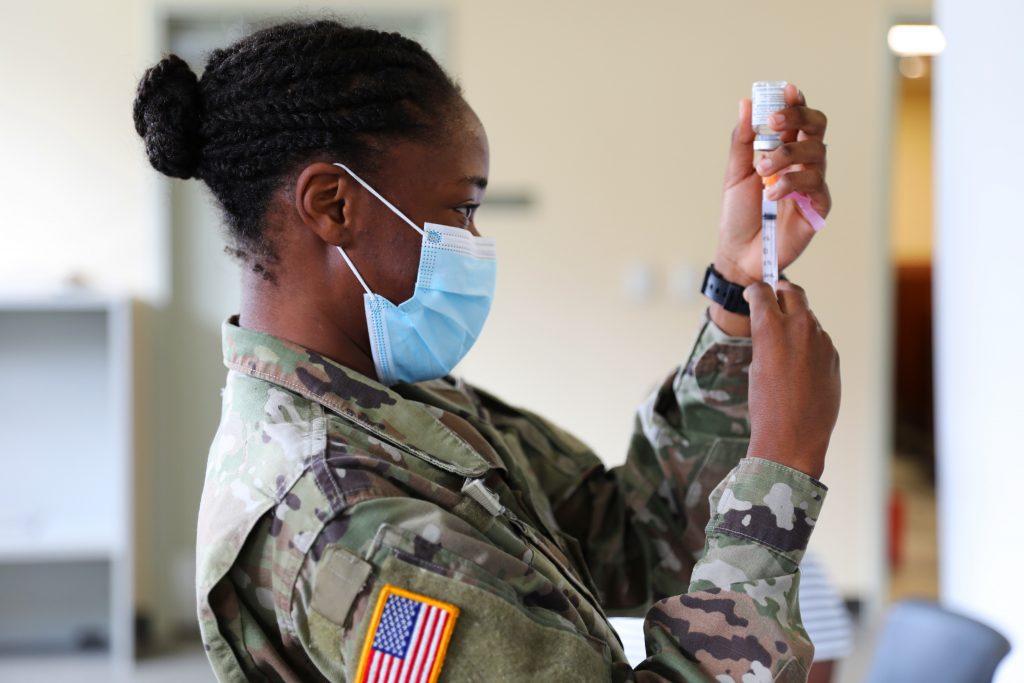 AUGUST 10, 2021 – The COVID-19 vaccine will be mandatory for service members by mid-September, Secretary of Defense Lloyd J. Austin III said in a message to the force released today.

President Joe Biden asked Austin to consider how and when the COVID-19 vaccine could be added to the list of required vaccines for all service members when the Delta variant of the COVID-19 virus began to cause a spike in cases July 29. Austin, who was in Vietnam when the president made his speech on the subject, promised to “not let grass grow” as he made his decision.

“Our men and women in uniform who protect this country from grave threats should be protected as much as possible from getting COVID-19,” Biden said during his July 29 speech.

“Based on these consultations and on additional discussions with leaders of the White House COVID-19 Task Force, I want you to know that I will seek the president’s approval to make the vaccines mandatory no later than mid-September, or immediately upon the U.S. Food and Drug Administration licensure, whichever comes first,” the secretary said in his memo.

Right now, 73% of active duty personnel have at least one dose of the vaccine, DOD officials said.

All DOD leaders will be involved in expanding the program. “I have every confidence that service leadership and your commanders will implement this new vaccination program with professionalism, skill and compassion,” Austin wrote in the memo. “We will have more to say about this as implementation plans are fully developed.”

Austin also said the department will comply with the president’s direction regarding additional restrictions and requirements for unvaccinated federal personnel. These requirements cover military and civilian personnel.

The Delta variant is hitting hardest in states with large unvaccinated populations, White House officials said. In his July statement, Biden said the only way out of the pandemic is through vaccines. He called it “a life and death” decision.

The DOD will keep a close eye on infection rates “and the impact these rates might have on our readiness,” Austin said. “I will not hesitate to act sooner or recommend a different course to the president if I feel the need to do so.”