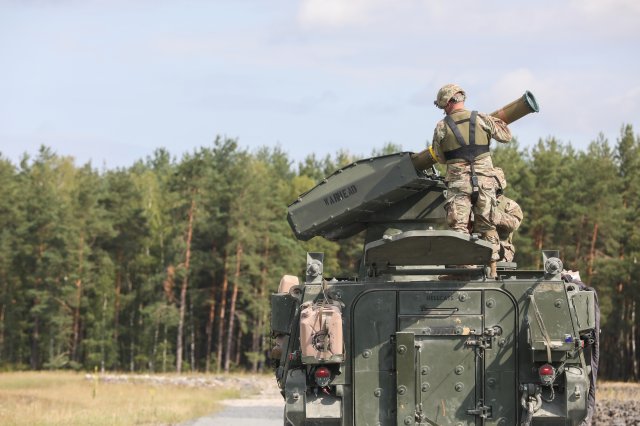 AUGUST 22, 2019 – While automakers and other industries are good at streamlining their processes to incorporate the latest technologies and roll out new models in a relatively short time to stay ahead of the competition, the Army traditionally has been slow to identify and field new capabilities, Acting Army Secretary Ryan D. McCarthy said.

McCarthy spoke at the Foundation for the Defense of Democracies Center on Military and Political Power in Washington yesterday.

From writing requirements to testing and fielding new systems traditionally takes the Army upwards of 20 years, McCarthy said, so Army leaders have made a business decision to completely revamp the service’s structure to roll out high-priority weapon systems faster and at affordable prices more in line with the way industry does it.

Driving this decision is the great power competition with Russia and China, he said.

The Army did three things to streamline the process and make better buying decisions, he said:

Army Futures Command is about “bringing all the stakeholders together for unity of command and effort to reduce the timespan it takes to make informed decisions,” McCarthy said.

The new organization fuses futures and concepts, combat development and works closely with the acquisition community, he explained, noting that previously, these were all separate entities.

The command is located in Austin, Texas, not on a military installation, so Army personnel can interact with industry and academia to better inform requirements and keep abreast of new technology, McCarthy said.

Congress and others will be watching to see how successful Army Futures Command will be in the coming years, he said. There will be successes and there will be failures, he added, and researchers and developers will learn from the latter.

Success will be measured in how quickly the command can get needed capabilities in the hands of warfighters, McCarthy said. “Field testing will be rigorous, followed by low-rate initial production testing in units at larger scale,” he promised.