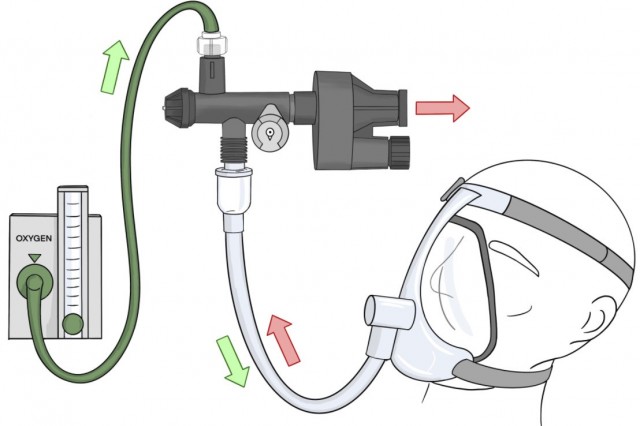 MAY 4, 2020 – To take on the shortage of ventilators caused by COVID-19, developers from the Army Research Laboratory are collaborating with civilian partners to manufacture low-cost, emergency ventilators suitable to be 3D printed.

The handheld gas ventilator, dubbed the Illinois RapidVent, is roughly the size of a water bottle. Beyond the COVID-19 pandemic, due to its size and portability, the ventilator may also be ideal for Soldiers in battle, said Tonghun Lee, an Illinois-based ARL researcher.

In the past few years, ARL has invested its talent into regional offices around the country to partner with civilian-sector researchers on various Army projects.

“We are at the right place, at the right time,” Lee explained. “Our business model already enables us to situate with the leading researchers at regional hubs; we are in the midst of the action — so to speak — as needs arise for military and civilian needs.”

The ventilator design was led by researchers from the University of Illinois at Urbana-Champaign’s Grainger College of Engineering and Carle Health, and the team was made up of more than 40 different engineers, doctors, medical professionals, and manufacturers.

“We got together with the hospital staff here and found one of the key issues people die from is the lack of ventilators,” Lee said. “Ventilators essentially pump air into your lungs, and withdraw air out.”

The device was created in less than a week and completed 2 million test breathing cycles, and is able to plug into an oxygen source found in most hospital rooms, or can attach to a tank of oxygen.

For example, if hospitals become overwhelmed and patients and are forced to receive care in hallways, the RapidVent could be used on them until a standard ventilator becomes available, said Eric Wood, an ARL researcher.

“The hospital staff [we’re working with] made it clear with this design, the goal would be to transition patients onto a [standard ventilator] within a day or two,” he explained.

During the testing phase, the device successfully ran the amount of oxygen patients need whenever they are unable to breathe on their own, ARL officials said. To date, tests have confirmed performances equivalent to the commercial products that are in short supply.