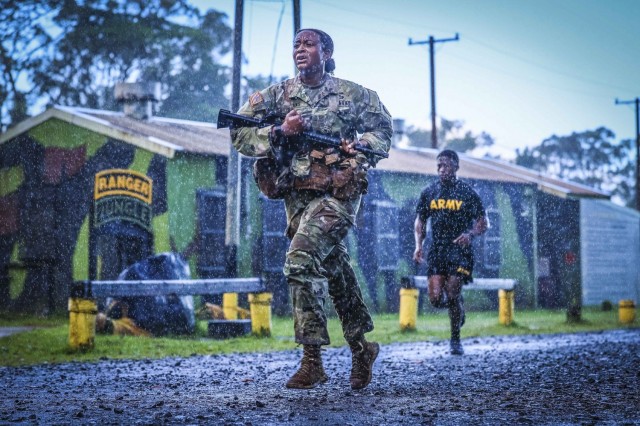 JUNE 29, 2021 – The Army expects to start fiscal year 2022 under a continuing resolution, as there is no indication that lawmakers will pass an appropriations bill before Oct. 1, the director for Army Budget said Thursday.

“Most of that reduction is attributed to force structure changes in the [U.S. Central Command’s area of responsibility],” Chamberlain said during an Association of the U.S. Army Noon Report. “Those big changes are what drove the difference between fiscal 2021 enacted and the fiscal 2022 budget [request].”

Should a CR be necessary and enacted then the Army will be limited to fiscal 2021’s enacted funding levels. And while last year’s funding is greater than the current proposal, Chamberlain said, senior leaders will need to moderate their spending to account for the multibillion dollar difference between both budgets.

“The biggest challenge is the unknown,” Chamberlain said, adding that a CR will limit the Army’s ability to start new programs and projects, and prohibit a production rate increase, and slow the service’s overall rate of execution.

“We don’t ever want to look at a commander and say, ‘We don’t have enough money to do the mission,'” he said. “We have to be conservative in our approach [and determine] how much money we will need to allocate until a budget is fully enacted.”

“People are the Army’s No. 1 priority,” Chamberlain said. “There is additional funding for talent management programs for both military and civilians [to help put the] right Soldier or civilian in the right job, in the right place, at the right time.”

Despite the decrease, leaders prioritized funding to protect its six modernization priorities and 31+4 signature efforts and supports the Interim National Security Strategic Guidance, he added.

“Some of our adversaries took lessons from the last 20 years of the Army’s contingency operations,” McCurry said. “They are attempting to erode our competitive advantage and have specifically focused on their [anti-access and area denial] capabilities.”

Leaders will continue aggressive reform efforts to free up more money through future “night court” sessions, McCurry said. The Army has already reallocated more than $30 billion in support of its modernization priorities.

Chamberlain also mentioned reducing several enduring capabilities and programs in the Army’s RDT&E accounts to support the increase in military personnel spending and offset a difference in the Army’s operation and maintenance budget, which is $700 million lower than the fiscal 2021 level.

The fiscal 2022 request is slated to eliminate seven programs, returning close to $50 million in funding. The Army will also delay or reduce nearly 40 programs, which include support to enduring capabilities like the M1 Abrams, Armored Multi-Purpose Vehicle, and the Joint Light Tactical Vehicle, among others.

“The struggle there is we have picked all the low-hanging fruit,” McCurry said. “Any further reduction would force us to make some hard choices between modernization priorities and the sustainability of enduring programs.”

The Army needs timely, adequate, predictable, and sustained funding to meet current and future requirements and ensure that the Army can compete, deter and defeat the nation’s adversaries, Chamberlain said.