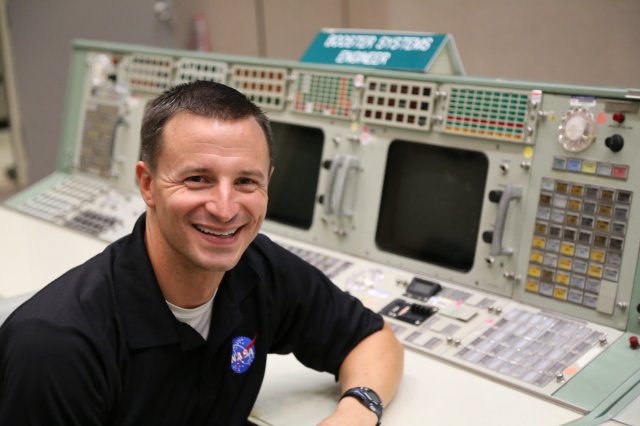 JULY 19, 2019 – U.S. Army Col. Andrew R. Morgan, M.D., will launch from the Baikonur Cosmodrome in Kazakhstan, aboard a Soyuz (Union) MS-13 spacecraft on July 20 at 12:28 p.m. Eastern Daylight Time for a nine-month mission aboard the International Space Station.

“Twenty-five years ago I made the decision to serve my country as a military officer. I view my nine-month mission to the space station as a continuation of that service, not just to my country, but the entire international community.” Morgan said. “Service to others will keep me focused and motivated while I’m away from my family, living and working on board the International Space Station to successfully complete our mission.”

Morgan, who will be the first Army physician in space, is a board-certified Army emergency physician with a sub-specialty certification in primary care sports medicine. During his time aboard the space station Morgan will participate with his crew mates and others to facilitate numerous medical and technological experiments and tasks, as well as a number of planned high-profile space walks.

His mission, Expeditions 60, 61 and 62, would make the longest single-mission spaceflight for an Army astronaut and be among the longest ever for an American astronaut when complete.

Morgan will launch with his crew mates from Baikonur Cosmodrome’s famous “Gagarin’s Start” launch pad. Known as LC-1/5, the pad is the same location where the world’s first artificial satellite “Sputnik 1” launched in 1957 as well as the first human in space, Russian Cosmonaut Yuri Gagarin, in 1961.

Morgan’s crew is also launching on the 50th anniversary of the Apollo XI lunar landing which he considers a significant and meaningful way to commemorate the accomplishment for all humanity.

“An international crew launching to an International Space Station on the 50th anniversary of what was the apex of the space race – – it’s an interesting contrast.” Morgan said. “The Expedition 60 crew is honored to commemorate Apollo XI’s historic accomplishment for the world with our launch, and proudly bear the torch for the next generation of space exploration.”

Morgan considers New Castle, Pennsylvania, his hometown. He earned a Bachelor of Science in environmental engineering at the U.S. Military Academy, West Point, New York, in 1998, and received his Doctorate in Medicine from the Uniformed Services University of the Health Sciences, Bethesda, Maryland, in 2002.

“I am a Soldier, a military physician, and a NASA astronaut, in that order. I’m a Soldier first, and the military trained me to be a leader of character, dedicated to taking care of people,” Morgan said. “Every quality that’s made me a successful astronaut is a product of my military training: from my academic degrees to my operational skills. While I regularly draw on the technical skills and specialized training I learned in the military, it’s my leadership experiences that I rely on the most.”