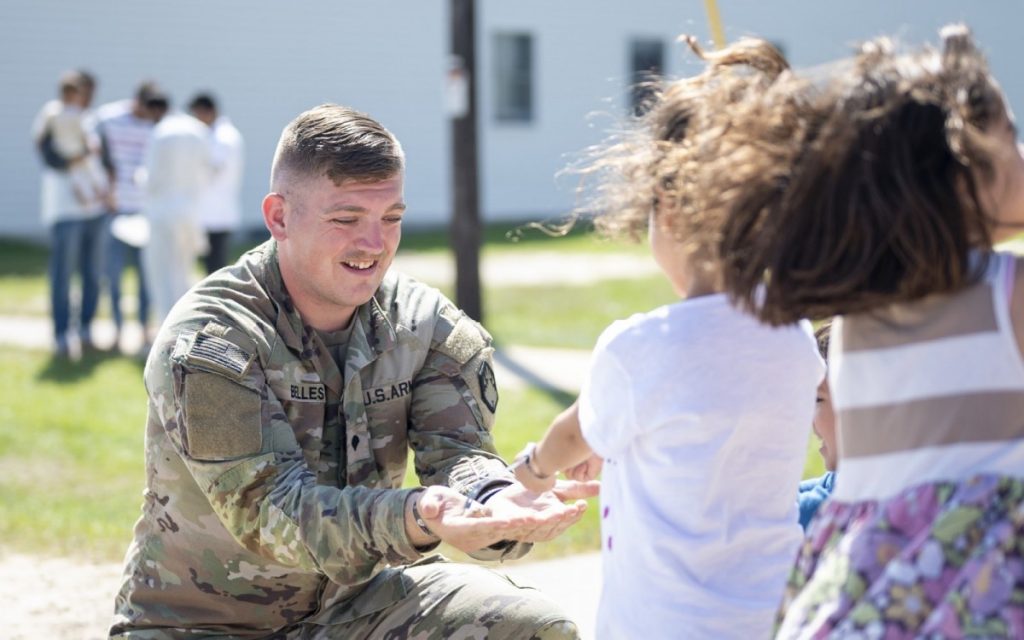 SEPTEMBER 14, 2021 – As the Army shifts to provide refuge to thousands of Afghans, the service will continue to coordinate with Defense Department leaders to prioritize future funding for modernization and readiness, senior leaders said Wednesday.

“We have been very careful to make sure that we manage our ability to maintain our readiness, even as we provide all of the support to the safe havens as part of Operation Allies Welcome,” said Army Secretary Christine E. Wormuth during the Defense News Conference.

Army senior leaders don’t foresee a negative impact on readiness as Soldiers rotate to provide refugees support at various installations across the country, Wormuth said. The service has been working with the Department of Homeland Security, the lead federal agency behind the operation.

“What happened over the last couple of weeks has been very trying for a lot of our Soldiers,” said Army Chief of Staff Gen. James C. McConville.

“Twenty years ago, we went to Afghanistan to hold Osama Bin Laden accountable, [and] to make sure that al-Qaida could never have [another] major attack on the homeland,” he added.

Senior leaders did not envision Operation Allies Welcome when they submitted the program objective memorandum for fiscal year 2023, Wormuth said.

“We’ve been working closely with the [Office of the Secretary of Defense] and Congress to make sure that our costs are covered,” she said. “We have already secured $400 million in reprogramming, and OSD is in conversation with congressional staff right now looking at another $1 billion in reprogramming.”

Insufficient funding could generate additional challenges and become a disruption to the service, Wormuth said.

The National Guard was at risk of delaying training and readiness opportunities if lawmakers didn’t approve the $521 million National Guard reimbursement plan in August. The plan helped the Guard recoup funds that it used to secure the National Capital Region after the Jan. 6 attack on the U.S. Capitol.

Army senior leaders are expecting a flatlined budget, which will force them to make some difficult decisions during future fiscal year requests, the secretary said.

The service released its $173 billion budget proposal for fiscal year 2022 in early June, with a $3.6 billion reduction from last year’s enacted budget and a continued focus on people, readiness, and modernization. Leaders are also prepared to start the next fiscal year under a continuing resolution.

“We are going to continue to have to make hard choices,” Wormuth said. “As we look at our modernization program, which is ambitious, we are going to have to look carefully at the 31+4 programs as well as the enablers.”

There will be many factors that could impact the future funding of modernization efforts. Wormuth said that prototype progression, program affordability at scale, and future financial demand would need to be factored in before making a final decision.

The Army is also trying to avoid shifting funds from other areas to meet modernization efforts. The Army needs to invest in barracks, housing, and other power-projection resources and infrastructure, Wormuth said.

“We are trying to find savings wherever we responsibly can, and also try to be innovative in terms of how we’re managing the many demands on our budget,” she said.