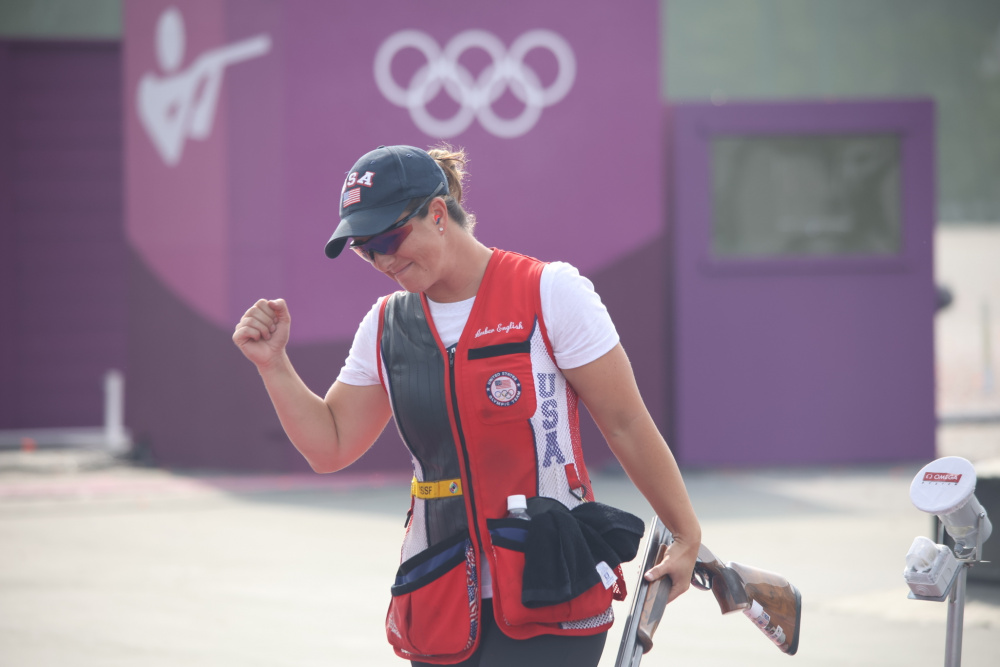 “I just feel numb right now, this has been a long time coming,” said English moments after she was awarded her gold medal at her Olympic debut. “I feel sheer relief.”

To even make it into the final round of the top six athletes, the five-time World Cup medalist competed in two days of qualification rounds, where she hit 121 of 125 targets.

Once in the finals, the Colorado Springs, Colorado native shot 56 out of 60 targets, which set a new Olympic Finals Record. And by medaling, this Soldier became the second woman in American history to win Olympic gold in skeet.

English, an Army Reservist, is a member of two elite teams, the U.S. Army World Class Athlete Program and the U.S. Army Marksmanship Unit. She spoke about winning while representing both Team USA and the Army.

“It is a big honor,” said English. “There is a big sense of patriotism to know when your flag is up during the ceremony. There are a lot of people cheering us on, especially those in the Army.”

During the final round of competition, shooters were eliminated one by one until it was just English and Diana Bacosi of Italy.

“There was never a moment where I knew I ‘had it in the bag’,” said English. “It went all the way to the last station. I knew going through the last pass I had to hit at least two to tie or three to win.”

English joined the Army in 2016 when she said she needed a big change in her life.

“It was a great decision,” said English. “The Army has had so many resources to help us prepare for this.”

After her win, English sat down with NBC’s The Today show who have a studio set up in Tokyo for the Games.