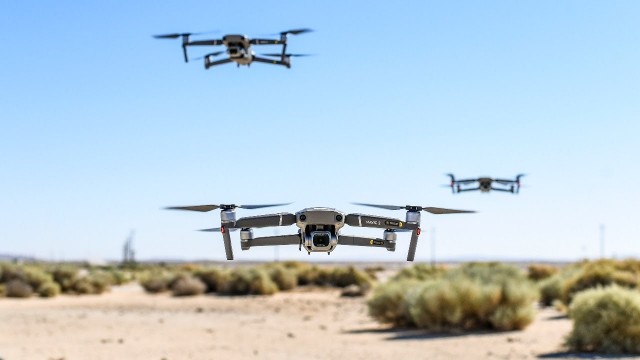 JANUARY 13, 2021 – In the future, drones could threaten U.S. defense systems with a swarming capability that uses artificial intelligence while leveraging 5G connectivity, the director of an Army-led joint office said Friday.

To help combat against these increasing dangers presented by adversaries’ small, unmanned aircraft systems, or sUAS, the Defense Department unveiled a counter strategy during a media event Friday. The strategy calls for risk-based assessments and viewing counter-sUAS defense from a joint perspective to rapidly track, defend and defeat drone attacks.

“We have to be able to keep pace with an ever-changing threat,” said Maj. Gen. Sean Gainey, director of the Joint C-sUAS Office. “And to do that we have to leverage things like rapid prototyping and middle-tier acquisition to be able to bring these components into our open-architecture system as we’re seeing changes on the battlefield.”

Small UAS capabilities provide U.S. adversaries with maneuverable assets capable of intelligence, reconnaissance and lethal attacks at a low cost for the enemy.

The DOD plans to counter the threat with rapid innovation, synchronization with materiel and non-materiel solutions, and by leveraging relationships with allied nations and partners.

As part of those efforts, the Joint C-sUAS Office, or JCO, with service support, is slated to host a low-collateral damage interceptor demonstration focused on technologies and systems during the first week of April.

Strategic pillars
The Army, which oversees the JCO, aims to use three lines of effort to guide the strategy.

The first, “Ready the Force,” centers on the development of innovative solutions using a risk-based approach in the creation of counter capabilities. The strategy focuses on utilizing systems with a common architecture.

Risk assessments will be performed at each DOD location to evaluate the impact of potential sUAS threats. The assessments will cover a wide range of threats, from violent extremist organizations to near-peer adversaries.

“We can’t put every defensive measure at every DOD location,” said Nicole Thomas, the joint office’s division chief for strategy and policy. “So we have to look at the different locations to see what is the risk, where is the vulnerability and then get the appropriate countermeasures for that particular location.”

In the second focus area, “Defend the Force,” the JCO looks to create mission-ready forces capable of defending against and defeating sUAS threats. The office will achieve this through development of doctrine, operational concepts and the establishment of joint training standards and refinement of existing training. The JCO will then deliver joint capabilities that are synchronized across the force.

Finally, the last pillar, “Build the Team,” the JCO will strengthen itself by stressing partnership in national security innovation with federal and non-federal organizations while prioritizing interoperability. The leveraging of partner relationships will help the joint force maximize its C-sUAS effectiveness domestically and in ally nations, Thomas said.

Gainey said each of the military branches have embarked on individual efforts to defend against the threat since 2016. But the approach may not have been the most efficient, as it led to redundancy in the proposed system. Gainey said the new enterprise, joint approach will help the JCO achieve its goals more efficiently.

“You had different efforts moving out and it wasn’t a synchronized effort,” Gainey said. “So essentially you created this scene where you had the acquisition community just rapidly developing stuff, but with no framework around that.”

“What you want to start with first is to have a common interoperability with the services so we can integrate the command and control system through an open architecture to where we then integrate systems components into that,” Gainey said. “So you have a changing, improving, componentized architecture to keep up with technology.”

FS-LIDS is equipped with air surveillance radar and can detect and defeat low flying, smaller UAS targets, while NINJA can take control or disable a small UAS. The Navy’s CORIAN, or counter-remote control model aircraft integrated air defense network, can be used to disrupt drone signals.

Gainey added that by having the Army lead the effort, the DOD has taken a holistic approach that can identify potential individual service problems and strengthen interoperability across the joint force.

“How do we create something that’s going to meet our future architecture and common operating picture? That’s what we focus on,” Gainey said. “That’s where we all want to go as a department in the future: any sensor, any shooter has that common operating picture to be able to make rapid decisions based off of the growth that we’re seeing.” 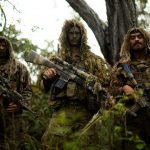