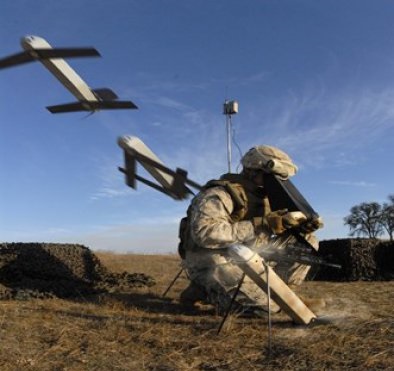 JUNE 21, 2016, REDSTONE ARSENAL, Ala. – In need of a Lethal Miniature Aerial Missile System that is man-portable and capable of neutralizing or eliminating combatants? The U.S. Army Aviation and Missile Research, Development and Engineering Center assists in ensuring state-of-the art critical components exist for potential vendors.

The original intent for LMAMS — a small, Soldier-launched loitering precision weapons system — was to destroy combatant enemies such as snipers or those emplacing improvised explosive devices. This system not only allows Soldiers on the ground to engage with targets they cannot see, but can potentially be used to counter threat unmanned aircraft systems. This guided weapons system can fly to a specific coordinated position or be diverted with its wave-off capabilities to minimize collateral damage.

“TRADOC outlines the warfighter requirements,” said Mike Richman, associate director of Missile Development. “If the capability doesn’t exist, AMRDEC invests Missile Science and Technology funds to help create a solution, and work with our partners at the Program Executive Office for Missiles and Space throughout the system lifecycle once it becomes a program of record.”

One vendor’s solution to the LMAMS requirement is to use a miniature intelligence, surveillance, reconnaissance and lethal platform can be operated manually or semi-autonomously that has a 10-kilometer radius of operation and more than 10 minutes of battery endurance.

AMRDEC also developed an autotracker capability. “We’ve developed our own government software, algorithms and hardware. We are trying to reduce the operator workload by making a tracker that is very robust, and all the components will be Technology Readiness Level 6 by FY16,” said Devin Chamness, Capability Area Lead for Ground Tactical Missiles, WDI.

“Although the components are being used… it is not the sole answer to LMAMS,” Chamness said. “AMRDEC has multiple licensing and Cooperative Research and Development Agreements with other industry leaders. All potential vendors have the option of using AMRDEC’s critical component technology.”